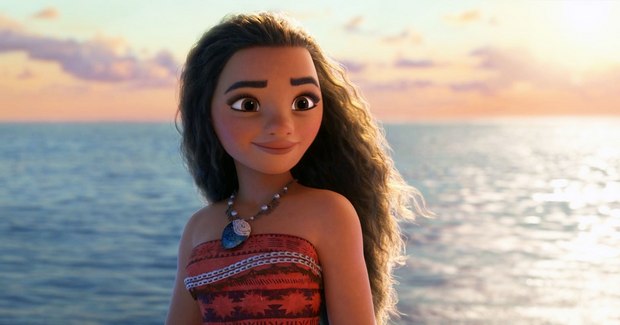 In its third consecutive win, Disney’s ‘Moana’ tops the North American box office with 8.8 million from 3,875 theaters for a total of 45 million at the domestic box office.

Walt Disney Animation Studios’ Moana topped the North American box office this past weekend in its third consecutive win, taking in $18.8 million from 3,875 theaters for a new domestic total of $145 million. That’s reportedly on pace with the studio’s 2015 release, Big Hero 6, which earned $135.7 million in its first three weeks of release and went on finish its domestic run with $222.5 million.

Overseas, where the animated feature has rolled out in 32 territories, Moana finished the weekend with $23.5 million from 32 territories for a total of $93.8 million. Top overseas markets were led by China with $26.2 million, France with $11.5 million, and Mexico with Russia $9 million. Moana has made a total of $238.8 million worldwide and will add more key markets in the coming months, including Germany and Italy on December 22, Australia on December 26, Brazil on January 5, South Korea on January 19, and Japan on March 10.

On track to cross the $200 million mark on Monday, Warner Bros.’ Fantastic Beasts and Where to Find Them came in third place over its fourth weekend in theaters, earning $10.8 million from 3,626 locations for a new domestic total of $199.3 million. The Harry Potter spinoff continues to have a terrific run overseas, bringing in $33.1 million from 67 markets this past weekend for a total of $480.7 million outside of North America and $679.7 million worldwide. Top markets include China, where Fantastic Beasts has made $82.4 million to date, the U.K. ($52.3 million), Japan ($37.4 million), and South Korea ($32 million).

Paramount’s sci-fi feature Arrival came in fourth place at the domestic box office, earning $5.6 million from 3,115 theaters over its fifth weekend out for a total of $81.5 million. The Denis Villeneuve-directed feature has made a total of $48.4 million overseas and $129.9 million globally.

Marvel’s Doctor Strange once again came in fifth place for its sixth weekend in theaters, taking in $4.6 million from 2,763 locations for a total of $222.4 million. The effects-laden super hero movie directed by Scott Derrickson has made $423.4 million overseas to date for a worldwide gross of $645.8 million.

DreamWorks Animation’s Trolls, now in its sixth week in wide release, came in ninth place domestically, taking in $3.1 million from 2,786 theaters for a total of $145.5 million. The animated musical directed by Mike Mitchell and featuring the voices of Justin Timberlake and Anna Kendrick collected $4 million from 40 markets for a total of $171.4 million overseas and $316.8 million worldwide.

Elsewhere, Illumination Entertainment’s Sing topped the box office in eight of the 12 overseas territories where it opened this weekend, beginning its performance outside of North America with $9.6 million. The animated musical performed best in Germany, where it was the top opening feature with $4.8 million. Next weekend, Sing debuts in Greece, Romania and the Netherlands.