Jon Favreau’s CG re-imagining of the animated classic swings past expectations to score the number-two opening of all time for the month of April, and is widely expected to cross $300 million mark on Monday. 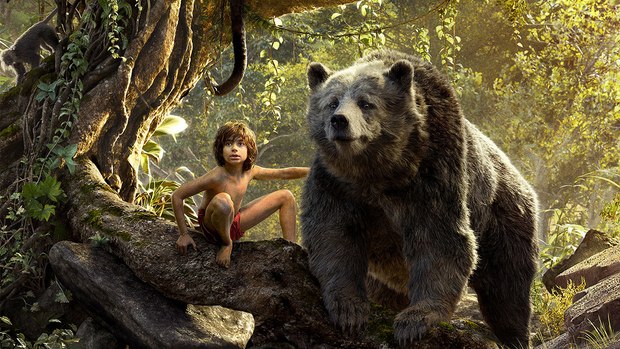 In yet another win for Disney, Jon Favreau's The Jungle Book wildly exceeded expectations, opening to a massive $103.6 million at the North American box office this past weekend.

Overseas, the film grossed another $136.1 million -- including a $50.3 million debut in China -- for a foreign total of $187.4 million and an early global tally of $291 million. The Jungle Book began rolling out in some territories a week ago -- including India, where it has earned $20.1 million -- making it the third-highest Hollywood release ever after only 10 days in release.

Widely expected to cross $300 million mark on Monday, the movie also scored the number-one April debut for a PG title and the number-two April opening of all time for any film (behind last year's Furious 7, which bowed to $146.2 million).

The live-action/CG reimagining of Rudyard Kipling's book about an orphaned human boy raised by animals was produced for $175 million. It introduces Neel Sethi as Mowgli, and features the voices of Bill Murray, Idris Elba, Ben Kingsley, Lupita Nyong'o and Scarlett Johansson, as well as the late Garry Shandling.

The film's smashing debut comes just days after Warner Bros. announced it is pushing its rival Jungle Book movie, directed by Andy Serkis, from 2017 to 2018. Favreau and Disney are already reportedly planning on a sequel to their film, but a release date is yet to be announced.

Elsewhere on the box office chart, Zack Snyder’s Batman v. Superman: Dawn of Justice came in fourth place with $9 million from 3,505 theaters in its fourth weekend for a domestic cume of $311.3 million. Overseas, the Warner Bros. title took in $15.1 million for a foreign total of $516 million and global cume of $827.3 million.

Trailing behind that in its seventh week at the box office, Walt Disney Animation Studios’ Zootopia came in fifth place. The CG-animated hit grossed $8.2 million from 3,209 theaters to jump the $300 million mark domestically and finish Sunday with a domestic cume of $307 million and global total of $882.3 million. Directed by Byron Howard and Rich Moore, Zootopia has yet to open in Japan.

For more box office details, head over to pro.boxoffice.com.