In another major victory for Marvel Studios and Disney, Captain America: The Winter Soldier remains at number one for its third consecutive weekend at the North American box office; Fox and Blue Sky's animated family film Rio 2 comes in second place, beating out newcomers Heaven is for Real and Transcendence. 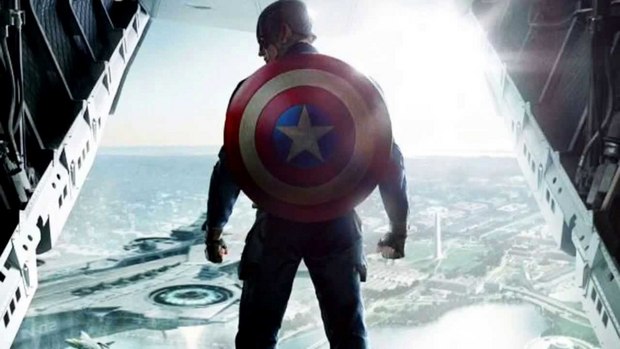 In another major victory for Marvel Studios and Disney, Captain America: The Winter Soldier remained at number one for its third consecutive weekend at the North American box office, grossing $26.6 million from 3,825 locations to cross the $200 million mark domestically and hit $586.6 million worldwide. So far, Captain America has earned $385 million overseas, and should eventually top Thor: The Dark World ($438 million).

Coming in second place, Fox and Blue Sky's animated family film Rio 2 grossed $22.5 million from 3,975 locations in its second weekend for a domestic total of $75.4 million. The film topped the overseas charts with $47.3 million for an international total of roughly $200 million.

The latest Christian film to exceed expectations, Sony's TriStar’s Heaven Is for Real came in third place for its debut, earning $21.5 million from 2,417 theaters for a five-day total of $28.5 million since opening on Wednesday. The film cost roughly $12 million to make.

Marking the directorial debut of cinematographer Wally Pfister, Transcendence came in fourth place at the domestic box office, opening to $11.2 million from 3,455 locations. The film, which cost upwards of $100 million to make, stars Johnny Depp as a brilliant scientist whose mind is uploaded into a computer after he is killed. Alcon Entertainment co-financed the movie with China's DMG Entertainment, while Warner Bros. is handling domestic distribution duties. Summit International sold Transcendence overseas to independent distributors, covering much of the budget. Straight Up Films developed the project, and brought it to Alcon. The film opened to $11.4 million in China; next weekend, it expands to Australia, Germany and the U.K.

IM Global's Haunted House 2 placed fifth with $9.1 million from 2,310 theaters, half of the $18 million opening secured by the first film. Open Road Films is distributing the comedy-horror title, which reteams director Michael Tiddes and star Marlon Wayans, and cost just $4 million to produce.

Ivan Reitman's football drama Draft Day, starring Kevin Costner, came in sixth place over its second weekend out with $5.9 million for a total of $19.5 million. Produced by Reitman's company Montecito Pictures for $25 million, the movie is being distributed by Summit Entertainment.

Now in its fifth week out, Summit Entertainment's Divergent came in seventh at the box office, grossing $5.8 million from 2,486 theaters for a domestic total of $133.9 million. Overseas, the YA adaptation earned $18.1 million for a total of $75.3 million, with two major markets -- Spain and Japan -- still to come.

Sophomore supernatural thriller Oculus, from director Mike Flanagan, came in eighth place at the North American box office with $5.2 million for a total of $21.2 million. Costing under $5 million to make, Oculus is being released by Relativity in association with Jason Blum's Blumhouse, MICA Entertainment and WWE Studios.

Darren Aronofsky's biblical epic Noah placed ninth, taking in $5 million for Paramount and New Regency for a domestic total of $93.2 million. Overseas, the film added $21.6 million for an international total of $197.4 million and a worldwide total of $290.6 million.

Christian film God's Not Dead rounded out the top ten over Easter weekend with $4.8 million, pushing the film’s total to $48.2 million.

Bears placed number 11 with a less-than-expected $4.7 million from 1,720 theaters, the lowest opening of any Disneynature title. Directed by Alastair Fothergill and Keith Scholey, the nature documentary follows a family of grizzly bears living in Alaska. John C. Reilly narrated the film.

Over the weekend, Disney’s animated musical Frozen became the number six title of all time worldwide with $1.129 billion in earnings, passing up The Lord of the Rings: The Return of the King ($1.114 billion) and Transformers: Dark of the Moon ($1.123 billion). It has also passed up Ice Age 4 ($716 million) to become the top-grossing animated film at the international box office with $729.3 million.