Fox's ‘Dawn of the Planet of the Apes’ remains at number one in its second weekend, bringing in $36 million for a domestic total of $139 million; Disney's animated family feature ‘Planes: Fire & Rescue’ comes in third with an $18 million debut. 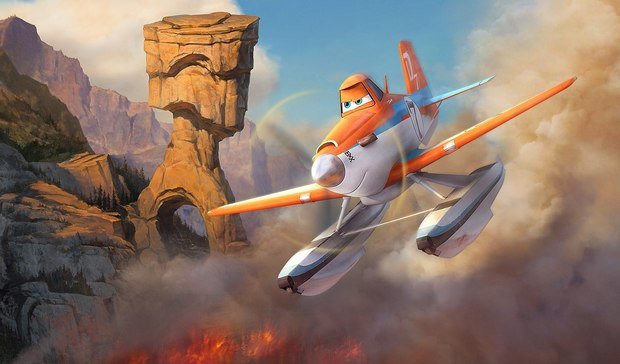 Universal's The Purge: Anarchy came in second place with a $28.4 million debut, the top opening this year for a horror title. Costing $9 million to make, the modestly budgeted sequel trailed behind The Purge, which debuted to $34.1 million in June 2013. James DeMonaco returned to write and direct Anarchy, which was produced by Jason Blum's Blumhouse Productions and Platinum Dunes.

Disney's animated family feature Planes: Fire & Rescue came in third place at the North American box office with an $18 million debut. That’s lower than the $22 million debut made by the film’s predecessor in 2013, and less than half of the film’s $50 million budget.

Planes: Fire & Rescue is a spinoff of the popular Pixar franchise Cars and produced by DisneyToon Studios. Dane Cook returns to voice the lead character Dusty Crophopper, who joins the world of wildfire air attack in the sequel. Overseas, Fire & Rescue opened to $9 million from 24 territories for a global launch of $27 million.

Paramount's Transformers: Age of Extinction rounded out the top five in North America, grossing $10 million in its fourth weekend for a domestic total of $227.2 million. The tentpole remains a juggernaut overseas, earning $81.2 million from 58 territories for an international total of $659.1 million and global haul of $886.3 million -- by far the best showing of the year.

Age of Extinction has amassed $285.7 million in China alone. Post-World Cup openings included Brazil and Germany, where the action film took in a strong $16.5 million and $11.9 million, respectively, over the weekend.

Now in its third week at the box office, Melissa McCarthy's R-rated Tammy came in sixth place, grossing an additional $7.6 million for distributor Warner Bros. for a domestic total $71.3 million. New Line made the movie for $20 million.

Now in its sixth week at the box office, DreamWorks Animation’s How to Train Your Dragon 2 came in eighth, making $3.8 million at the North American Box office for a domestic total of $160.7. Overseas, the animated sequel added $26.4 million for an international total of $223.9 million and a worldwide tally of $384.6 million.

Disney’s Maleficent -- now in its eighth week out -- brought in $3.3 million for a total of $ 228.4 million and an ninth place finish at the domestic box office. Overseas Maleficent has now taken in $468.8 million for a worldwide total of $697.2 million.

Rounding out the list at number 10, Relativity’s Earth to Echo brought in an additional $3.26 million for its third weekend out, pushing the found footage film’s domestic total to $32 million. Relativity paid $13 million to acquire the movie from Disney and do reshoots.