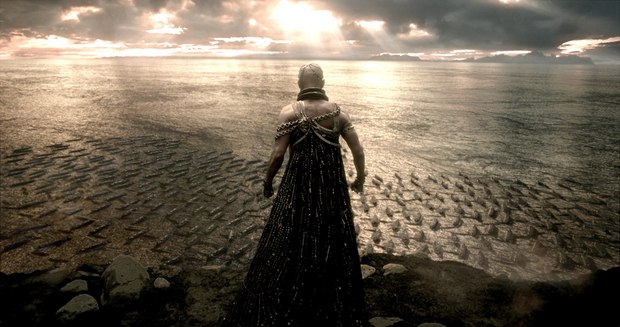 Seven years after Zack Snyder's 300 took the box office by storm, Warner Bros. and Legendary Picture's 3D sequel 300: Rise of an Empire topped the North American box office with a solid $45.1 million debut. In a big win for 3D, 63 percent of the box office came from 3D screens. Internationally, the follow-up opened to a massive $88.8 million from 58 markets for a worldwide total of $132.9 million.

Directed by Noam Murro, Rise of an Empire stars Sullivan Stapleton and Eva Green and is set during the second Persian invasion of Greece. Producers Gianni Nunnari and Mark Canton reteamed to make the R-rated ancient epic alongside Snyder, Deborah Snyder and Bernie Goldmann. Warners and Legendary co-financed the sequel for $110 million.

DreamWorks Animation’s Mr. Peabody & Sherman came in second place with a pleasing $32.5 million debut. Based on the characters from Peabody's Improbable History, a segment airing on the hit 1960s television series The Rocky and Bullwinkle Show, Mr. Peabody is a genius talking dog who cares for a human boy.

In its sophomore outing, Universal’s Liam Neeson thriller, Non-Stop, came in third, bringing in $15.8 million for a North American total of $52.6 million.

Now in its fifth week out, Warner Bros. and Village Roadshow's The LEGO Movie came in fourth place with 10.9 million, pushing the hit film’s domestic total to $224.9 million.

Elsewhere, Wes Anderson's The Grand Budapest Hotel made history, grabbing the top location average of all time for a live-action title. The Fox Searchlight film, opening in four theaters in New York and Los Angeles, earned $800,000 for a theater average of $200,000. Budapest Hotel is also an early hit overseas, where it took in another $6.2 million over the weekend in nine markets for an international total of $10 million.

Now in its third week of release, Hayao Miyazaki's Oscar-nominated animated movie The Wind Rises brought in $901,555, for a North American total of $3.3 million.

The RoboCop remake earned $14.8 million this weekend, most of which came from China ($10.5 million). The film has now banked $40 million there, which means RoboCop could ultimately become one of those rare movies that takes in more in China than in the U.S. (other recent examples include Pacific Rim and Escape Plan). Overall, RoboCop has earned $165.3 million to date.