Animated sequel following the 2014 independent animated hit produced by ToonBox Entertainment and Redrover earns worst debut ever for a film opening in more than 4,000 locations. 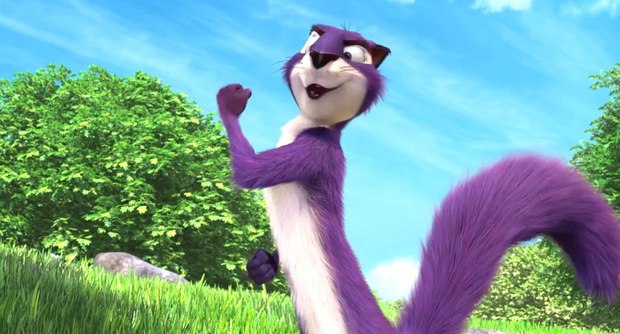 As audiences prepare for the fall season, the summer box office is quieting down with Open Road’s animated sequel The Nut Job 2: Nutty by Nature landing in third place behind horror franchise installment Annabelle: Creation and Warner Bros. holdover Dunkirk.

Playing in 4,007 theatrical locations, The Nut Job 2: Nutty by Nature made a slim $8.9 million for its domestic debut, the worst opening ever for a film opening in more than 4,000 locations, preceded by Sony’s The Emoji Movie and Universal’s The Mummy. For comparison, The Emoji Movie brought in $24.5 million from 4,075 theaters for its domestic bow on July 28, while The Mummy earned $31.7 million from 4,035 theaters following its release on June 9.

Directed by Cal Brunker and produced by ToonBox Entertainment, Redrover Co., Ltd., Shanghai Hoongman Technology Co. Ltd., and Gulfstream Pictures, The Nut Job 2 follows sees Surly Squirrel and the rest of the Liberty Park gang band together to save their home to save their home from the evil mayor of Oakton. The voice cast is led by Will Arnett, Katherine Heigl and Maya Rudolph along with new cast member Jackie Chan, and also includes Bobby Moynihan, Gabriel Iglesias, Jeff Dunham, Bobby Cannavale, Isabela Moner, Sebastian Maniscalo and Peter Stormare.

Meanwhile, in second place at the domestic box office with $11.4 million from 3,762 locations, director Christopher Nolan’s Dunkirk continued its strong performance over its fourth weekend in theaters, crossing the $150 million mark with a total of $153.7 million. Overseas, the World War II movie earned an additional $14.5 million for a foreign total of $210 million and global tally of $363.6 million.

The Emoji Movie landed in fifth place for its third weekend in theaters, taking in $6.6 million from 3,219 locations for a new domestic total of $63.6 million. Overseas, the CG-animated feature has made a total of $33.6 million from 25 markets for a total of $97.2 million worldwide.

Finishing its sixth week in theaters, Sony’s Spider-Man: Homecoming swung into seventh place, taking in $6.1 million from 2,607 locations for a new domestic total of $306.5 million. The latest Spider-Man installment, directed by Jon Watts and starring Tom Holland, has made $395.6 million internationally for a total of $702.1 million worldwide.