Feature is the sixth Marvel Studios feature to join the billion-dollar club. 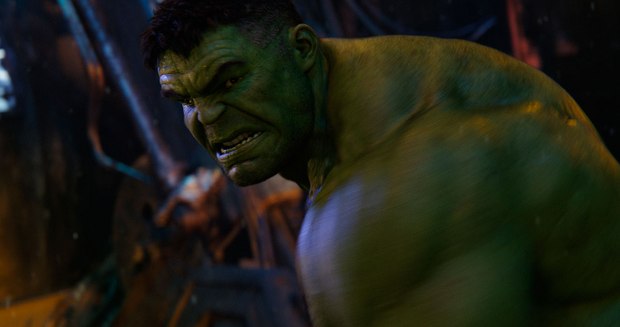 Hulk may be the strongest one there is, but when it comes to box office ‘Avengers: Infinity War’ is a real juggernaut.

The superhero blockbuster earned $112 million in its second weekend at the domestic box office, bringing that tally to $451 million. With an international gross of $715 million, it now has a worldwide gross of $1.2 billion.

Star Wars: The Force Awakens is the only film with a higher second-weekend domestic gross. It also crossed the $450 million domestic mark in nine days, while Avengers: Infinity War took ten.

As if that wasn’t good enough news for Marvel, Black Panther grossed more than $3 million in its 12th weekend in release. That brings it to $693 million domestic and $645 million foreign for $1.4 billion worldwide. The film is within sight of becoming the third film in history to gross $700 million domestic, behind Avatar and Star Wars: The Force Awakens.

Also still in release is Steven Spielberg’s Ready Player One, which grossed $1.3 million domestic in its sixth weekend of release. Its totals now stand at $133 million domestic and $444 million foreign for $567 million worldwide.

And Wes Anderson’s Isle of Dogs took in just under $800,000 in its seventh weekend, bringing the stop-motion feature to $28 million domestic and $22 million foreign for $51 million worldwide.