Disney-Pixar sequel sells $180 million in tickets domestically, making it the second-largest June debut ever and the eighth largest all-time debut. 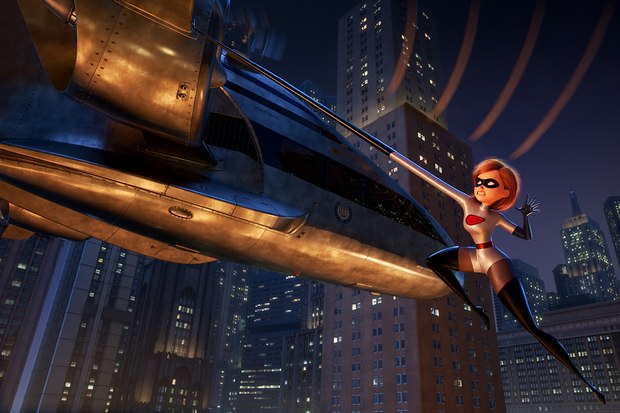 Pixar’s ‘The Incredibles 2’ powered to a 80 million domestic opening weekend – setting a record for an animated feature.

Pixar’s Incredibles 2 set a record for opening weekend box office gross for an animated feature with an estimated $180 million in ticket sales.

That toped the mark set in 2016 by Pixar’s Finding Dory, which earned $135 million domestic in its opening frame.

The opening is the second-largest June opening after Jurassic World’s $208 million, and the eight-largest all-time opening at the domestic box office, just edging past the $179 million earned two years ago for Captain America: Civil War.

Overseas, Incredibles 2 took in $53 million, opening only in a handful of markets including Australia. That brings its worldwide weekend-debut total to $233 million.

Holdover VFX-driven pics still were selling tickets too, with Solo: A Star Wars Story landing in fourth place for the weekend with $9.1 million in its fourth weekend of release. The Disney-Lucasfilm release has earned $193 million domestic and $147 million foreign for a $340 million total.

And in ninth place is Marvel Studios’ Avengers: Infinity War, which sold $5.3 million in tickets in its eighth weekend in release. It stands at $664 million domestic and $1.4 billion foreign for a $2 billion total.