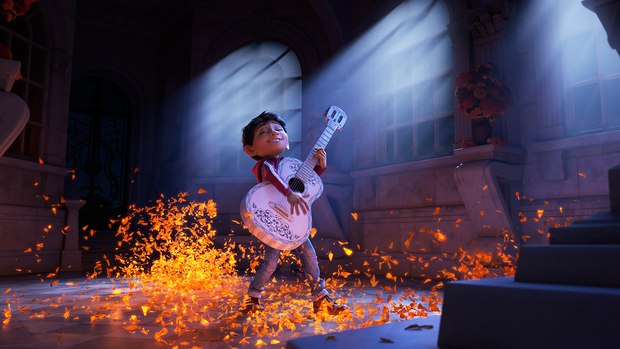 Moviegoers are thankful for Disney-Pixar’s Coco, which dominated the box office with a strong $71.2 million opening over the five-day Thanksgiving weekend, including a $49 million in the Friday-Sunday three-day weekend frame.

That makes Coco the fourth-largest Thanksgiving weekend opener in both the five-day and three-day comparisons. (The three titles that beat it in both categories are all Pixar or Disney films: Frozen, Moana and Toy Story 2). It bodes well for the feature and for Disney, as previous Thanksgiving openers such as Tangled and Moana both went on to strong domestic and worldwide box office tallies.

Coco also continued to do well overseas, where it’s earned $82 million for a $153 million worldwide total. It remains particularly strong in Mexico, where it’s grossed $48.8 million, and in China, where it’s cleared $17.9 million.

Second place belongs to Warner Bros.’ DC Comics adaptation Justice League, which added about $40 million over the three-day weekend (the movie’s second in release) for a domestic total of $171 million. With $310 million in overseas receipts, the movie’s earned $481 million so far.

Rival Marvel Studios’ Thor: Ragnarok slipped to fourth place with $17 million over the three-day weekend, its fourth since release. That film has earned $277 million domestic and $512 million foreign for a mighty $790 million total.

In seventh place is Sony Pictures Animation’s The Star, taking in $6.9 million over the three-day weekend, its second in release. The CG-animated take on the Christmas tale has earned $22 million domestic plus $712,000 overseas, where it’s been released in a limited number of markets.