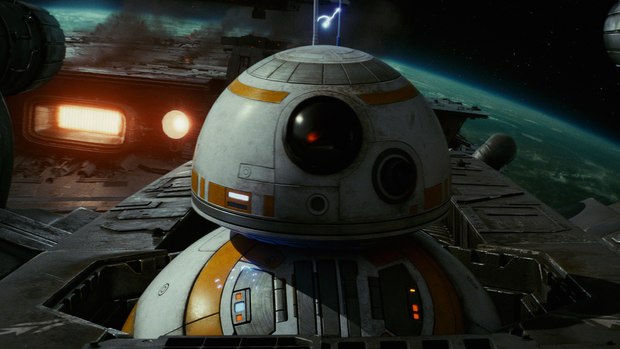 ‘Star Wars: The Last Jedi’ topped the domestic box office for the third weekend in a row, grossing $52.7 million over the New Year’s holiday weekend.

Box-office titans clashed in the final weekend of 2017, with reigning champ Star Wars: The Last Jedi successfully fending off a challenge from Jumanji: Welcome to the Jungle.

The Last Jedi grossed $52.7 million over the New Year’s holiday weekend, which is the movie’s third since release. It’s now grossed $533 million domestic and $523 million overseas for a $1.06 billion worldwide total. That makes it the highest grossing release of 2017, pushing past Beauty and the Beast.

Jumanji: Welcome to the Jungle came in slightly behind The Last Jedi with a $50.4 million weekend, its second in release. The family-oriented reimagining of the 1995 feature has earned $185 million domestic and $153 million overseas for a $339 million worldwide tally.

Also doing well was the Blue Sky Studios animated feature Ferdinand, which sold $11.4 million in tickets in its third weekend of domestic release. It’s domestic total stands at $57 million and its foreign at $72 million for a total of $129 million.

Pixar’s Coco landed in sixth place, behind Ferdinand, with $7.5 million in ticket sales. Six weekends into its domestic release, the movie has earned $182 million. Overseas gross of $359 million puts the feature at $541 million worldwide.

Further down the list is Guillermo del Toro’s fantasy drama The Shape of Water, which earned $3.5 million over the weekend for a $17 million domestic total. The Fox Searchlight release opened in limited release Dec. 1 and wide Dec. 22.

And Warner Bros.’ Justice League is still showing a few signs of life, earning $1.2 million in ticket sales to bring its domestic total to $226 million and its foreign to $427 million for a $653 million worldwide total.