With no major new releases, the Disney-Pixar feature sold $26 million worth of tickets in the domestic market. 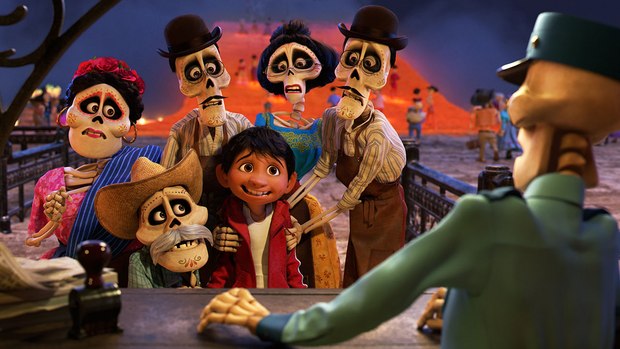 Pixar’s feature ‘Coco’ continued its successful run at the box office, bringing its worldwide total to date to $280 million.

Disney-Pixar’s Coco topped the domestic box office for the second week in a row, adding $26 million to its cumulative total.

With no major releases to challenge it, Coco’s take dropped 48 percent from the holiday weekend and brings its domestic total to $109 million. With $171 million in overseas ticket sales, the movie has grossed $280 million worldwide.

Warner Bros.’ Justice League again landed in second place for the weekend, with $16.6 million in ticket sales. The DC Comics adaptation has earned $197 million domestic and $370 million foreign for a worldwide total to date of $567 million in three weeks of release.

Marvel Studios’ Thor: Ragnarok held on in fourth place, with $9.7 million weekend. The superhero epic has earned in five weeks of release $291 million domestic. The overseas tally of $525 million brings it to a $816 million worldwide total.

Sony’s animated holiday feature The Star was the weekend’s ninth-highest grossing film, with $4 million in domestic ticket sales. That brings its domestic total to $27 million and its tally overseas, where it’s been released in only a few markets, to $1.8 million.