Marvel Studios’ smash hit hangs on to title for the fourth weekend in a row and passes the $1 billion mark in worldwide ticket sales. 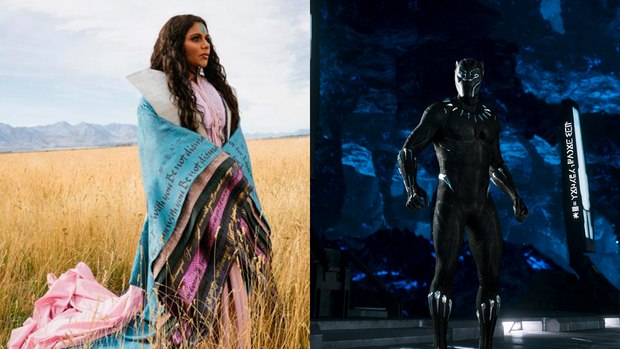 Disney's 'A Wrinkle in Time' opened to a $33 million domestic gross, coming in second to Marvel's 'Black Panther,' which took in $41 million in its fourth weekend of release.

Black Panther withstood its first test of time this weekend at the box office, grossing an impressive $41 million in its fourth weekend of release to best a disappointing opening from another Disney release, the much-anticipated A Wrinkle in Time.

The most-recent film from Marvel Studios also broke the billion-dollar barrier with its domestic gross standing $562 million and its foreign take at $516 million for $1.08 billion total. It also stands at No. 7 on the list of all-time top-grossing movies.

A Wrinkle in Time, a fantasy movie directed by Ava DuVernay and based on the novel by Madeleine L’Engle, grossed $33.4 million in its opening weekend. The movie had been expected to challenge Black Panther for the top spot, but fell short of pre-release expectations of a $50 million opening amid weak reviews and poor word of mouth.

Hanging on sixth place is Sony’s Peter Rabbit, with a $6.8 million weekend, bringing its domestic total to $93.4 million. With $26.2 million banked overseas, the movie has a worldwide gross of $120 million.

In tenth place is Jumanji: Welcome to the Jungle, with $2.8 million in domestic ticket sales for the weekend. Its domestic total is $397 million and its foreign at $537 million for $934 million worldwide in 12 weeks of release.

The Shape of Water took in $2.4 million in its first weekend as winner of the Best Picture Oscar. The Guillermo del Toro-directed feature has grossed $61 million domestic and $87 million foreign for a $148 million worldwide gross.