‘Infinity War’ surpasses $1 billion in foreign receipts and is the fifth-largest global release of all time. 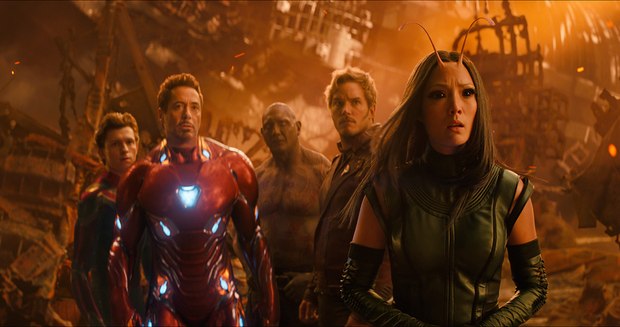 Marvel Studios’ Avengers: Infinity War had another record-breaking weekend at the box office, highlighted by a $200 million opening debut in China and passing the $1 billion mark for foreign receipts.

The Disney release earned $62 million domestic, topping the weekend gross chart for the third week in a row. That gives it $548 million domestic. It now stands at the eight-largest all-time domestic release.

The $200 million opening in China is that nation’s second-largest debut ever, behind only The Fate of the Furious. Box Office Mojo reports that the film out-grossed in three days the entire Chinese theatrical runs of Avengers, Captain America: Civil War and Iron Man 3, and now ranks as the ninth-largest all-time western release in China.

The movie’s foreign gross now stands at $1.06 billion, a record for a superhero movie, and it now ranks as the No. 5 all-time largest global releases.

Avengers: Infinity War will face its first major challenger this coming weekend at the box office with the release of Fox’s Deadpool 2, followed by the May 25 release of Solo: A Star Wars Story.

Still showing legs at the box office is Marvel Studios’ Black Panther, which grossed $1.9 million domestic in its 13th weekend in release. It stands at $696 million domestic and $645 million foreign for $1.34 billion.

And Wes Anderson’s stop-motion feature Isle of Dogs, released by Fox Searchlight, earned slightly more than $1 million in its eighth weekend of release for a $30 million domestic and $25 million foreign, for $55 million worldwide.