Award-winning animated kids series from Cheeky Little Media available to stream on Netflix outside of Australia and the U.K. beginning August 19. 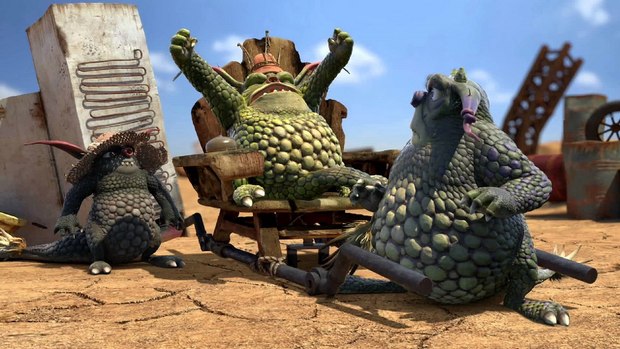 NEW YORK -- Bottersnikes & Gumbles, a new CGI animated series produced by CAKE, Cheeky Little Media and Mighty Nice, will make its debut across international territories August 19 on Netflix, the world’s leading internet TV service. 26 episodes will premiere worldwide in 17 languages, with the exception of Australia and the U.K., which will launch on Netflix in 2017. Bottersnikes & Gumbles is debuting in the U.K. on CBBC on July 25th and is also airing in Australia on Seven Network.

Bottersnikes & Gumbles follows the adventures of three young Gumbles, Tink, Bounce and Willi, who love nothing better than to “gumble” all day long. Endless battles ensue involving plenty of stealth, trickery, daring rescues and narrow escapes as the Gumbles try to outwit the Bottersnikes in every episode. Full of action, suspense and laughs, each 11-minute episode is set to thrill the imaginations of kids aged 6+ years.

Bottersnikes & Gumbles earned this year’s Pulcinella Award for Best Kids TV Series at the international animation festival, Cartoons on the Bay, in Venice and was nominated for a Logie Award in Australia for Most Outstanding Children's Program.

Bottersnikes & Gumbles has been developed and adapted from the characters as they appeared in the much-loved Bottersnikes and Gumbles books by S.A. Wakefield, with illustrations by Desmond Digby. The books were published in the UK and Australia between 1967 and 1989.

Ed Galton, CCO & Managing Director, CAKE, commented, “We are thrilled and excited to see Bottersnikes & Gumbles launch on Netflix and we are very proud of the work that the production team has done.”

“First Australia, then the UK, and now Bottersnikes & Gumbles is coming to the US on Netflix,” added Patrick Egerton, Executive Producer at Cheeky Little Media. “I wonder if Sam Wakefield ever imagined this when he wrote the original books in the 1960s? Making this show, and bringing these much loved characters to life has been amazing. We can’t wait to share this awesome show with the Netflix audience.”

Bottersnikes & Gumbles (52x11’) is a Netflix original and co-produced with CBBC and Seven Network Australia.