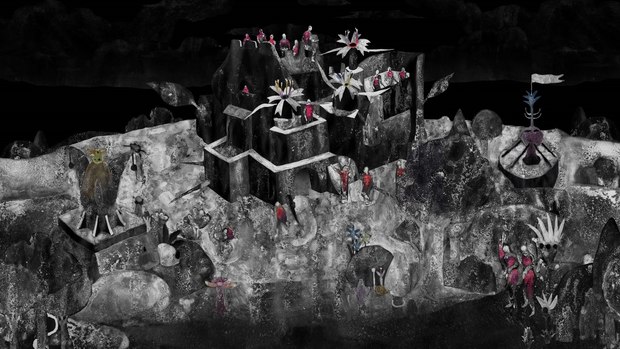 Awards for the 22nd edition of the Japan Media Arts Festival have been announced, with Boris Labbé’s experimental animated short La Chute taking home the grand prize in animation.

The Japan Media Arts Festival is a comprehensive festival of media arts that honors outstanding works in four categories: Art, Entertainment, Animation and Manga, as well as providing a platform for appreciation of the award-winning works.

The 22nd edition of the event received a 4,384 submissions from a record 102 countries and regions, including 57 animated features and series and 401 short films. An exhibition of the awarded projects will be held June 1-16 at the Miraikan National Museum of Emerging Science and Innovation in Tokyo’s Odaiba district in addition to other locations throughout Japan.