‘Borderlands’ Movie to Get the Roth Treatment 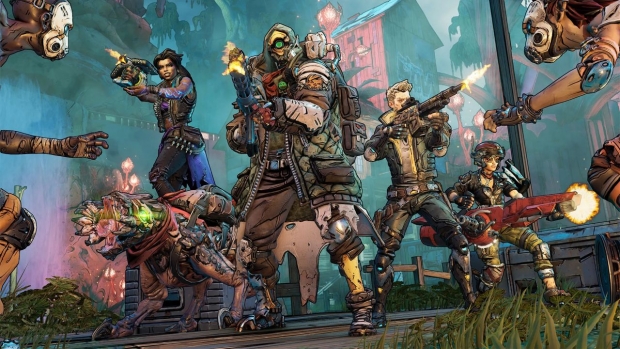 Get ready to shoot ‘em up on Pandora! Eli Roth (Hostel, Grindhouse) is officially set to direct the film adaptation of the beloved video game franchise Borderlands. The film, originally announced by Lionsgate in 2015, had previously announced Avi Arad (Spider-Man: Into the Spider-Verse, Iron Man) and Ari Arad (Ghost in the Shell, The Punisher) would produce under Arad Productions.

The video game, a first-person action adventure shooter known for its quirky plots, raunchy jokes, and comic book art style, was originally launched in 2009 by developer Gearbox Software and publisher Take-Two Interactive Software’s 2K Games. Roth seems a perfect fit for the adaptation, with Nathan Kahane of Lionsgate Motion Picture Group saying, “With Eli’s vision and Craig’s [Mazin] screenplay, we believe we have cracked the code on bringing the anarchic world of ‘Borderlands’ to the big screen in a big way […]”

Previous plot rumors pointed to a female protagonist named Lilith, so we’re curious if that remains the case in Roth’s vision for his film. However the story unfolds, we’re hoping that the film stays true to its raunchy roots and get an ‘R’ rating. If Roth has anything to do with it, it will.

Avi and Ari Arad (Ghost in the Shell, The Punisher) will produce along with Picturestart’s Erik Feig (Mr. and Mrs. Smith, Sicario). Randy Pitchford (Borderlands, Half Life: Decay) and Strauss Zelnick of Take-Two will executive produce. Emmy award winner Mazin (Chernobyl) has penned the current script. The film is now in pre-production with no official release date.