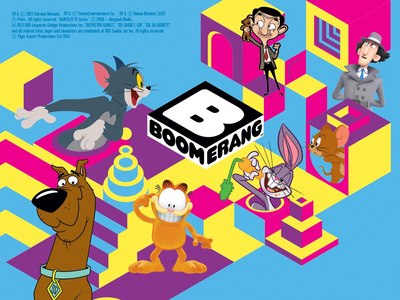 SEOUL -- On November 14, 2015, Boomerang, the global kids’ brand and companion channel to Cartoon Network, will have its Korean debut in 15 million households on major cable and IPTV platforms. Boomerang is already widely available in Southeast Asia and in Australia, and this market addition in North Asia represents an important milestone for the brand. The all-animation network underwent a huge revamp just 12 months ago, and boasts a line-up of household names and contemporary cartoons programmed for both kids and their families.

Phil Nelson, Turner International’s Managing Director for North Asia, commented, “Boomerang’s arrival in Korea will be the perfect accompaniment to Cartoon Network, the country’s No.1 international kids’ channel. Turner has already made a firm commitment to the local animation industry over the years and this investment is set to continue.”

Boomerang will be available in Korean, and will appeal to kids aged 4-9 and their families. On offer for the first time in the country is exclusive content including new episodes of timeless favorites from Warner Bros. Studios such as The Tom and Jerry Show, Looney Tunes and Scooby-Doo. Audiences can enjoy a raft of new shows and episodes of familiar favorites with fresh, premium content, including the upcoming series Wabbit and Bunnicula.

The channel will also feature substantial amounts of Korean content and Turner will continue to seek out opportunities to be a part of local animation projects. Turner recently announced the network’s biggest ever animation project in Korea called Beat Monsters, a new co-production with Synergy Media and Studio Goindol.

A Korean-language microsite is available to complement the on-air offering and there are plans to localize Boomerang Watch and Play, an Asia Pacific-based app that hosts both video and gaming content.