Boomerang Signs Global Acquisition Deal for ‘Grizzy and the Lemmings’

New dialog-free 2D animated series from French production company Studio Hari follows the adventures of Grizzy the bear and a pesky tribe of Lemmings as they attempt to co-exist in a forest ranger’s house in the Canadian wilderness. 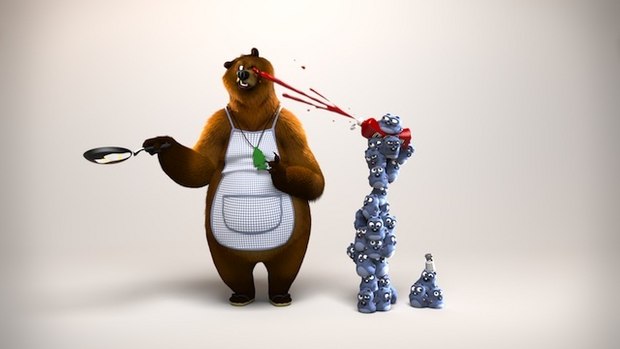 From the French production company Studio Hari, Grizzy and the Lemmings is a “new classic,” non-dialogue, playful family comedy following the hilarious exchanges of Grizzy the bear and a pesky tribe of Lemmings as they attempt to co-exist in a forest ranger’s house in the Canadian wilderness.

Cecilia Persson, vice president of acquisitions & co-productions for Turner Broadcasting International commented, “Grizzy and the Lemmings is fun and innovative whilst also maintaining the DNA of a timeless, classic animation. It is a great fit for the Boomerang brand and will sit perfectly alongside content like the much-loved Hannah Barbera classic, Tom & Jerry.”

"We couldn't expect to find a broadcasting partner more aligned with the editorial positioning of our latest creation, a new classic physical comedy for the whole family,” said Josselin Charier, co-founder of Studio Hari. “We know that Grizzy and the Lemmings have found in Boomerang their real home, a place to live and fight with each other for a long time! The worldwide broadcasting on Boomerang will give the best possible exposure to the show – and help us to make Grizzy and the Lemmings a strong long-term global brand, just like the loveable classic cartoons in its portfolio."