Latest original content from Warner Bros. Animation – ‘Dorothy & the Wizard of Oz’ and ‘Wacky Races’ – to debut on Boomerang SVOD in the U.S. and Boomerang linear channel internationally. 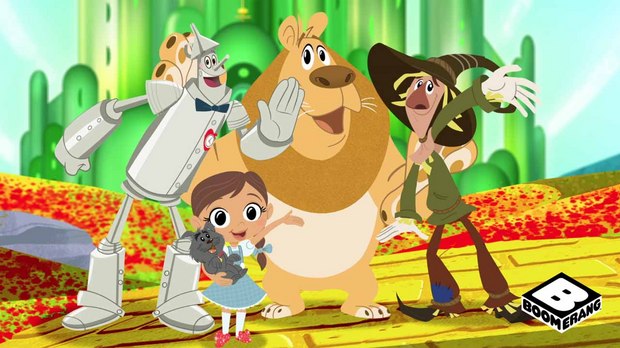 Turner International has revealed details of two new WB Animation original series -- Dorothy & the Wizard of Oz and Wacky Races. In the U.S., they will exclusively be shown on the company’s recently announced subscription Streaming Video-On-Demand (SVOD) service. Internationally they will air on the company’s linear Boomerang kids channel starting in June.

Dorothy & the Wizard of Oz is an uplifting comedic fantasy series based on the classic L. Frank Baum book series, and set soon after Dorothy and her friends have defeated the Wicked Witch of the West. Following the original story, Queen Ozma has appointed Dorothy the Princess of Emerald City and, practically born for the role, Dorothy tackles her royal duties with enthusiasm, bravery and farm girl feistiness.

But it’s also a whole lot of responsibility, because Oz is pretty chaotic. There are Witches, Wizards, Munchkins, Flying Monkeys and a whole menagerie of mystical creatures. More often than not, magic falls into the wrong hands and that’s where Dorothy comes in. As Princess of Emerald City, Dorothy feels responsible to rein in the chaos. She loves to track down whichever magical person, place or thing is causing mischief in Oz and put a stop to it. Meanwhile, Wacky Races is an overhaul of the Hanna-Barbera classic series. Penelope Pitstop in the Compact Pussycat is the sassy Southern belle whose charm and intelligence make her a formidable racer, but most of the time she’s taking a detour to save the other racers. Penelope’s best friend, Peter Perfect in the Turbo Terrific, has a big heart and an even bigger ego, which fuels his super positive “can-do” attitude. Meanwhile, in the Mean Machine, Dick Dastardly and his accomplice, Muttley, will stop at nothing to win the race by any means.

Joining these familiar characters will be a whole new roster of racers, with new vehicles and spectacular new locations.

“The introduction of these iconic shows and stories is very well timed, as we continue to build Boomerang as our second flagship to Cartoon Network and a strong kids and family brand across international markets,” says Patricia Hidalgo, Turner’s chief content officer, EMEA kids and International Kids Strategy. “Dorothy and Wacky both perfectly capture the inherent values of Boomerang and we’re confident that new and existing fans of the channel will love this latest offering from our sister-company.”