Warner Bros. taps ‘Book of Life’ and ‘Son of Jaguar’ director to develop a new animated feature in ‘The LEGO Movie’ franchise. 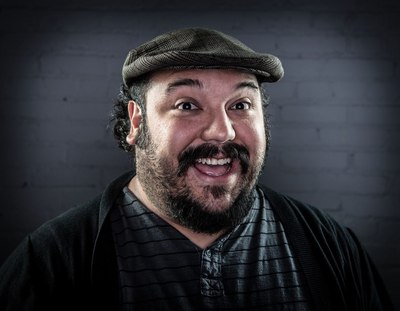 Director Jorge Gutierrez has signed on to develop a new animated LEGO feature for Warner Bros. with the working title of The Billion Brick Race, according to a report by The Hollywood Reporter.

The news arrives hot off the heels of the presentation from Google Spotlight Stories at SIGGRAPH 2017 for The Book of Life director’s new VR short, Son of Jaguar, which saw Gutierrez in rare form.

Gutierrez is best known for directing the Golden Globe-nominated animated feature The Book of Life (2014) and the Emmy-winning Nickelodeon series El Tigre: The Adventures of Manny Rivera, which first aired on Nick and Nicktoons in 2007.

His latest project, Son of Jaguar, is an animated short film VR experience produced in cooperation with Dallas, TX-based animation studio Reel FX, which also produced The Book of Life. Set in Mexico City on the Day of the Dead, Son of Jaguar is centered around Mexican wrestling, with a story about respecting tradition and the responsibility of carrying on the legacy of one’s culture.

While details for The Billion Brick Race are still under wraps, the script was previously in the hands of actor Jason Segel and Iron Man 3 writer Drew Pearce. Phil Lord, Chris Miller, Dan Lin and Roy Lee are serving as producers.

The LEGO Ninjago Movie arrives in theaters on September 22, followed by The LEGO Movie Sequel on February 8, 2019.