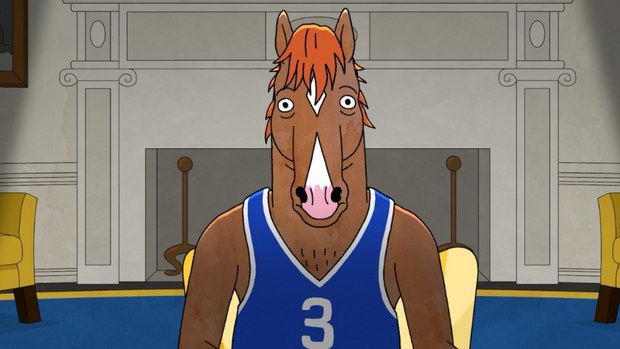 Streaming giant Netflix has announced that new episodes of BoJack Horseman, the dark comedy series revolving around an alcoholic, foul-mouthed horse voiced by Will Arnett, will begin airing on September 8.

The award-winning series, which follows BoJack (voiced by Will Arnett) as he attempts to make a comeback from 1990s TV stardom, was renewed for a fourth season following its season three premiere back in 2016. The news was also announced by Arnett in a Twitter post on Sunday:

Earlier this year, the Writers Guild of America recognized BoJack Horseman writer Joe Lawson with an award for outstanding achievement in writing for television for the season three episode, “Stop the Presses,” which featured the voice of guest star Candice Bergen.

Season three ended with BoJack hitting new lows after losing an Oscar nomination for his role as the lead character in Secretariat, and the fourth season is likely to continue that downward spiral.

“I felt like there was more room for melancholy on TV,” series creator Raphael Bob-Waksberg told AWN in an interview about the series in September 2016. “I am a big fan of melancholy. I’ve always believed that the best comedy comes out of sadness for your own perspective. Obviously, comedy is highly subjective but shows like The Office or The Larry Sanders Show, those are big touchstones for me. I thought there was room in the animated world to tell a much more grounded, sadder story than we normally see in animation.”

Created by Bob-Waksberg, who also serves as executive producer with Steven A. Cohen, Noel Bright, Arnett and Aaron Paul, BoJack Horseman was designed by graphic artist Lisa Hanawalt and is animated by L.A.-based ShadowMachine. The show is produced by Michael Eisner’s Tornante Co. exclusively for Netflix. The new series premieres on Netflix on September 8.