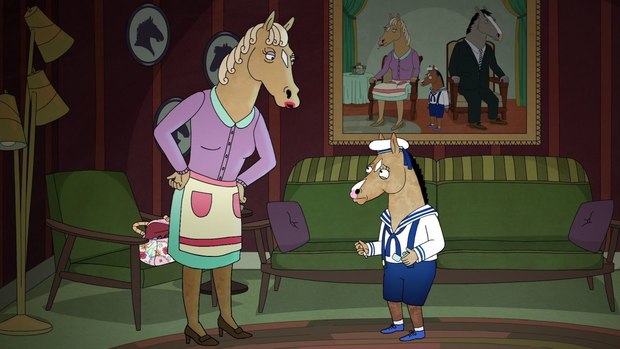 Season 6 of Netflix’s hit animated comedy, BoJack HorseMan, will be its last; the streaming giant has just revealed that the highly acclaimed, award-winning series from creator Raphael Bob-Waksberg will end its run with the upcoming new season.

The final season of the show, which centers on a washed-up, narcissistic 1990s sitcom star, voiced by Will Arnett, who careens from one self-centered mishap after another, will be released in two parts: the first will hit October 25, the second, January 31, 2020.

Season 5, which launched almost a year ago, was to many observers the strongest yet. It included the tour-de-force Emmy-nominated episode, “Free Churro,” which featured a not exactly grieving BoJack eulogizing a not exactly loving mother.

Bob-Waksberg’s newest series, Undone, an animated drama co-created with BoJack writer Kate Purdy, just debuted on Amazon Prime to stellar reviews. In a highly criticized move this past July, Netflix pulled the plug on Tuca & Bertie, an adult animated comedy series created by BoJack Horseman production designer Lisa Hanawat and executive produced by Bob-Waksberg, after a single 10-episode season. Cancelation of the series, which features the voices of Ali Wong and Tiffany Haddish, continues to be a sore subject to many in the animation community. This new BoJack announcement also comes on the heels of a three-season renewal for the hugely popular Netflix adult animated comedy, Big Mouth.

Watch the Season 6 trailer below: