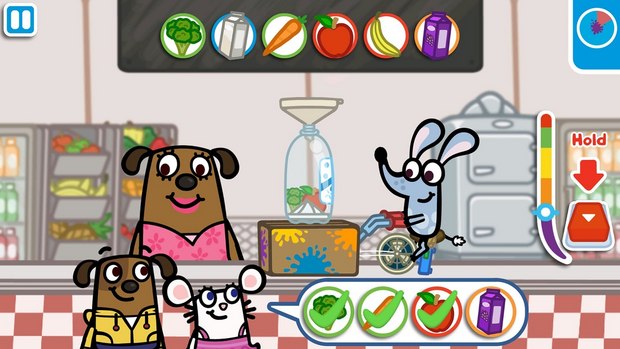 Boj Smoothies is an educational iOS game for pre-school children featuring characters from the popular CBeebies/S4C series Boj produced by Pesky Productions. It is the second game Thud has developed to accompany the series, the prequel Boj Digs, winning them the Gameplay Design award at the 2015 BAFTA Cymru Games Awards.

Ben Cawthorne, Creative Producer at Thud Media said, “We are delighted to have won across the 3 categories for Boj Smoothies, a game we thoroughly enjoyed developing in collaboration with Pesky Productions. A big thank you to the whole team who helped make the game as creative and entertaining as possible.”

David Hodgson, Pesky Productions Director added, "Congratulations to Thud on making Boj an award-winner two years running! Their great interactive work is at the forefront of spring boarding Boj beyond its success on telly and helping us make the brand even more fun for kids in all kinds of exciting new ways."

The BAFTA Cymru Games Awards celebrate and commend games developers and producers in Wales across a range of disciplines. Thud’s success at this year’s awards follows on from the two awards they received in 2015.