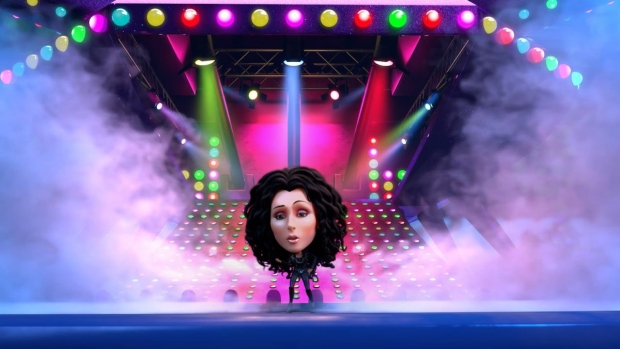 Nvidia has just shared an informative brief about an innovative, first of its kind animation production; BobbleHeads: The Movie, produced by Threshold Entertainment and Incessant Rain Studios, is the first animated feature to be completed remotely on Microsoft Azure using NVIDIA GPUs and Chaos Group’s V-Ray renderer.

The film, which features a cast that includes Cher, Jennifer Coolidge, Luke WIlson, Khary Petyon, Brenda Song, and Karen Fukuhara, tells the story of three bobblehead toys that lead a battle to get rid of intruders in their home.

“Relying on Microsoft Azure platform with Nvidia’s GPU cloud rendering allowed us to focus on the production quality of the film without having to worry about the technical rendering challenges even during the COVID-19 pandemics,” said Kiran Bhakta Joshi, CEO of Incessant Rain Studios. “It really was a game changer for us.”

Incessant Rain Studios collaborated closely with the Azure team to help develop an animation production pipeline in a cloud-based environment. With the help of the Azure support team from various locations around the world, they were able to develop a system specifically designed to meet their production requirements; along with GPU virtual machines, the team was able to take advantage of GPU-rendering in the cloud.

First, the studio in Nepal tapped Azure’s data center in Singapore, which allowed the teams to move data back and forth easily while minimizing latency and optimizing bandwidth. The artists were able to smoothly bring up shots and render them using NVIDIA V100 GPUs with Autodesk Maya and Chaos Group V-Ray. The sets and characters of the film were completed in one pass, while effects like motion blur and atmospherics were done in separate passes. Overall, the movie consists of a total of 1,660 animated shots.

“We designed V-Ray to work well in cloud rendering scenarios, and we are very pleased to see that Incessant Rain successfully produced such a large production on Microsoft Azure, where V-Ray GPU on V100 instances delivered super-fast turnarounds for their effects shots,” said Phillip Miller, VP Product Management at Chaos Group. Azure provides a wide array of tools for managing virtual machines (VMs), including centralized logging, activity security, auditing and monitoring, and other features from the Azure Portal.

Incessant Rain was able to easily scale virtual machines and quickly deploy as many VMs as needed through the Azure portal. The operating system licenses were always updated, and security was managed by Azure itself, which saved the team lots of time during the deployments.

With the production pipeline already developed on Azure, the transition to remote working after COVID-19 hit was smooth, allowing the team to meet the tight deadlines and complete the movie by November.  As early adopters and innovators in cloud-based animation, Threshold Entertainment and Incessant Rain are now looking towards the future of the studio in the cloud for upcoming productions.

You can learn more about Nvidia GPUs in media and entertainment, as well as read the complete breakdown of the project and underlying technological innovations on the Nvidia blog.