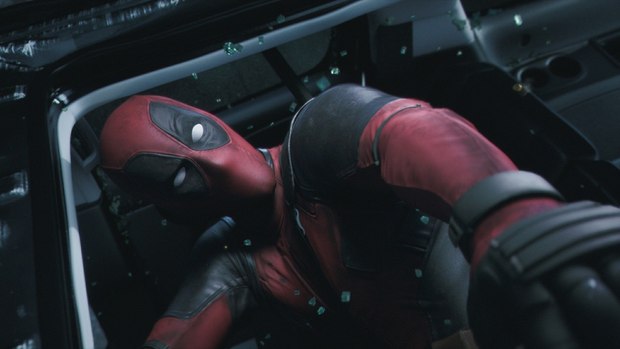 It’s amazing the kind of mayhem that can be unleashed when cutting-edge technology gets pushed past its old limits. Consider Deadpool, which tells the tale of Wade Winston Wilson, a Special Forces operative turned mercenary whose mutant powers are rivaled only by his smart mouth. It’s also the story of how the film’s startling opening sequence -- one that would’ve seemed unimaginable a few years ago -- came to be.

Based on Marvel Comics’ most unconventional anti-hero and directed by Blur Studios’ Tim Miller, Deadpool is action-packed from beginning to end, starting with the film’s incredible title sequence. It’s a 90-second camera shot that weaves its way through a climactic, frozen-in-time, battle scene. Miller turned to Blur to develop the sequence, which was created entirely in CG.

As a first step, Blur developed detailed previs -- previews of what the scenes would look like -- to show to the studio and to Miller. Typically, such concept previews are rudimentary. They use simplified models, lighting and textures. But not all clients can see beyond these limitations.

Kevin Margo, a visual effects supervisor/director at Blur who served as a lighting TD for Deadpool, had previously explored GPU rendering during the making of his own fully computer-generated short film, Construct. So, he knew it would allow his team to make the previs as visually realistic and immersive as possible. “We wanted to put our best quality preview in front of Fox,” says Margo.

Blur Studios built CG assets from the ground up using Autodesk 3ds Max. They then rendered them using Chaos Group’s GPU renderer, V-Ray RT, which runs exclusively on NVIDIA GPUs, and is up to 15 times faster than a CPU renderer.

Filmmakers funneled footage captured on set along with visual effects into Open Drives‘ storage offering. Blur’s CG artists, equipped with HP Z840 workstations running NVIDIA Quadro M6000 GPUs, then got to work producing a previs of the opening title sequence that was a close approximation of the final. “The power of GPU rendering combined with the speed and real-time interactivity of the HP workstations equipped with M6000s allowed us to consider rendering things we wouldn’t have been able to before,” Margo comments. It made the process so much easier and more efficient.”

Blur was able to refine the design, quickly applying textures, global illumination and more -- all interactively. That led them to complete and render the scene’s previs in just days. The result was a physically based render in super-high fidelity. So the executives at Fox could see exactly what the intended sequence would look like to give it the greenlight.

Learn more about NVIDIA rendering solutions during the Media & Entertainment track at the NVIDIA GPU Technology Conference, which runs April 4-7 in Silicon Valley. Attendees will hear from Blur Studios and Chaos Group, and will also be able to learn more about network, storage and workflow design for film production from Open Drives.