Bluescape Partners with Bureau of Magic to Create ‘Passport to Oz’ 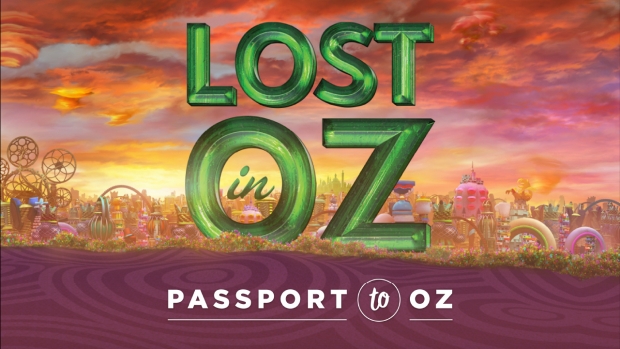 Bureau of Magic (BoM), owners and creative producers behind the animated, Emmy Award-winning Lost in Oz series, today announced Emmy Award-winning animation studio Polygon Pictures Inc. has joined a growing list of partners to launch “Passport to Oz,” a membership-based community-powered experience built on the blockchain that invites fans to be a part of the continuing Oz story through a “Lost in Oz” lens.

Bluescape, a visual collaboration and online whiteboard platform, will be a key technology partner in the creation of this content, driving collaboration among a distributed team of creatives and partners including Polygon Pictures, blockchain infrastructure company Simba, and 3D-printed toy company Toybox. “Projects like ‘Passport to Oz’ are exactly why we created Bluescape,” says Peter Jackson, Bluescape CEO. “We’ve always been committed to enhancing the way teams work on creative and productive experiences, which is why we are thrilled to team up with BoM and support their collaboration with Polygon Pictures and other partners. Together, BoM and Bluescape are bringing back the magic of innovative storytelling experiences.”

Bluescape, built to support the unique needs of its creative customers, allows teams to collaborate in real-time and streamline review processes for faster results. Bluescape will play an essential role in the production of “Passport to Oz,” uniting a global team to enable creative meetings including brainstorms, presentations, and reviews.

“This is not your typical Hollywood project,” says Mark Warshaw, Executive Producer of Lost in Oz and Co-founder of BoM along with Darin Mark, Abram Makowka, and Jared Mark. “We are bringing together a group of technology visionaries to launch Oz into this emerging landscape. Bluescape’s innovative collaboration platform allows us to share and develop creative ideas and content across a global team.”

Polygon Pictures President and CEO Shuzo Shiota notes, “As our company mission is to ‘do what no other has done, in unparalleled quality, for all to see and enjoy,’ it seemed only natural for us to participate in this groundbreaking endeavor. We are thrilled to join forces yet again with the Bureau of Magic team, with whom we've enjoyed so much success together. I am also excited to find out what wondrous magic Bluescape would bring to this alchemy.

To register interest for “Passport to Oz” now and reserve your waitlist space in the queue, go to http://www.PassportToOz.com/.

Bluescape is the visual platform for high-value collaboration. We bring teams and their work together in one place to overcome information silos and communication barriers, propelling productivity and breakthrough innovation. Customers include Fortune 100 companies, government agencies, higher education, and media and entertainment. For more information, visit their website at: https://www.bluescape.com/.

About Lost in Oz:

The first 26 episodes of Lost in Oz stream on Amazon Prime globally and have also been licensed to broadcast networks in nearly every major market in the world including Disney, Nickelodeon, MBC, ABC, RAI in second window deals brokered by international distributor Zodiak Kids.

Lost in Oz is a seven-time Emmy Award Nominee and three-time winner, including for Outstanding Animated Children’s Program. It is also the recipient of an Annie Nomination for Best Animated Television/Broadcast Production for Children.

About The Bureau of Magic:

The Bureau of Magic (BoM) creates and produces signature animated and live action entertainment for the whole family. The Bureau of Magic storytelling team has been trusted to tell stories for and about the Wizard of Oz, the NFL, Coca-Cola, Nike, and Superman. Their projects have been nominated for 15 Emmy Awards, winning four, including for Outstanding Children's Animated Program and a nomination for Outstanding New Approaches to Drama Series.

Founded in July 1983, PPI is one of the largest digital animation studios in Japan and produces cutting-edge entertainment content in keeping with our mission to “do what no other has done, in unparalleled quality, for all the world to see and enjoy.” The company also operates a Malaysian subsidiary studio, Silver Ant PPI Sdn. Bhd, as well as Polygon Studios India Private Limited, where over 300 creators from around the world have been brought together. Making use of new, innovative technologies, Polygon Pictures devotes its days to producing digital content for all types of media. Notable works include Stillwater, Pacific Rim: The Black, entries in the Transformers franchise, Star Wars Resistance, Lost in Oz, Genki Genki Nontan, and more. For more information, visit their website at: http://www.ppi.co.jp.