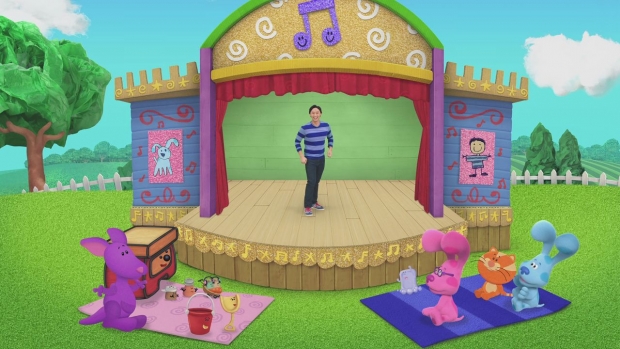 In the Blue’s Clues’ music concert, Josh and the home viewer play Blue’s Clues to figure out what Blue wants to sing in the show, while also watching their friends take to the mic to perform show-stopping songs.

More Blue’s Clues & You! is now available at Walmart in a new consumer products line inspired by the series. The line incorporates key elements from the show that reinforce problem solving and creative play and enable preschoolers to engage with Blue and Josh in all-new ways. Products will roll out at all other retailers in August.

In August, listeners can have sleep-time adventures with Josh and Blue in an upcoming original podcast series, Story Time with Josh & Blue (10 episodes), narrated by Blue’s Clues & You! host Josh Dela Cruz.