VFX house promotes seasoned EP who will help push the active production slate; film and TV projects including ‘The Northman,’ ‘The Great - Season 2, and ‘Becoming Elizabeth.’ 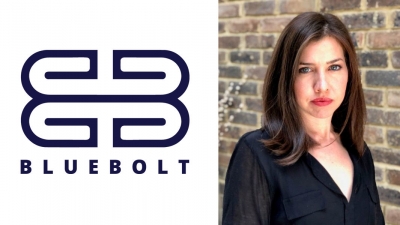 BlueBolt has promoted Tracy McCreary from executive producer to managing director. Joining co-founders Lucy Ainsworth-Taylor (CEO) and Angela Barson (creative director), McCreary will be instrumental in helping push the company forward in its growth and scope of work.

McCreary joined the BlueBolt in 2015 after working on production teams for Hollywood feature films including Iron Man 2, Indiana Jones and the Kingdom of the Crystal Skull, and X-Men: The Last Stand. After moving to London, she joined BlueBolt VFX studio –her extensive production background had made her a prime candidate for the VFX house. With her overall production expertise, McCreary has quickly risen through company's ranks and over the last 6 years she is seen as a major asset to the business. Her energy and professionalism have contributed greatly to the company’s overall smooth operations.

"Being promoted to MD of BlueBolt is such a fantastic opportunity and an immense privilege,” commented McCreary. “My first challenge as MD, post-pandemic, is to make sure that everyone is safe, happy and adapting to the new way of working as we gradually start to get back to the studio. We are embracing new workflows and looking to technology to revolutionize the way we work.”

“BlueBolt prioritizes promoting from within,” she added. “So, I am looking forward to working on new initiatives to nurture in-house talent and help careers grow. More importantly, the inclusive and positive company culture is pivotal to BlueBolt’s success, so I plan to make every effort to maintain and develop this. The company is busier than ever at the moment with a very exciting slate of projects, so I know I will have my work cut out.”

BlueBolt is working on an aggressive slate of film and TV projects including The Northman; The Great -Season 2; Becoming Elizabeth; Cobra - Season 2; Suspicion; and The Last Kingdom - Season 5. The company has several projects in pre-production that will take them well into 2022.