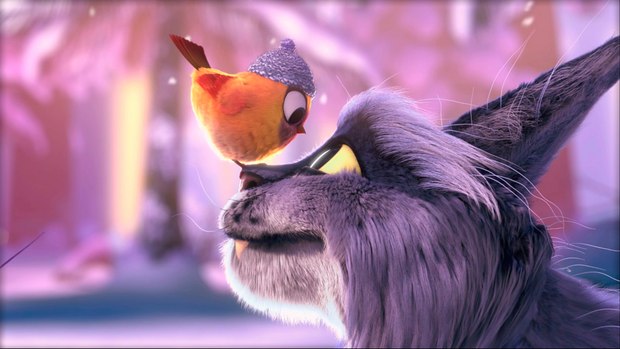 In a timely story about love triumphing over fear, Lynx & Birds is about two adorable birds in a Richard Attenborough-esque wildlife mockumentary, that unwittingly reveals a chink in the food chain. When the birds come face to face with a fearful predator, the lynx, there is a surprising turn of events.

Now in its sixth year, Blue Zoo runs an incredibly popular company-wide shorts program to encourage experimentation in the studio and a culture of creative collaboration. Everyone in the studio has the opportunity to pitch their ideas, and everyone votes for their favorite, making it unique and entirely democratic.

There was much excitement when the Christmas brief was brought to the table back in July, with two requirements: Produce a characterful creature and to create fur. Lots of it. Animation directors Simone Giampaolo and Francesco Mazza decided to take this to the extreme, producing a storyline with enough fur and feathers to test the capability of any render farm. The lynx is a character not commonly seen on our screens, and Blue Zoo’s look development team researched every movement, characteristic and behavior of the lynx to produce possibly Blue Zoo’s finest ever creature.

And all this beautiful nature at play to a cinematic soundtrack of a 40-piece orchestra, composed by the legendary Brollyman. “We always encourage our artists to challenge themselves and the studio with each new short, and this time they've really smashed our expectations to bits,” said Tom Box, co-founder of Blue Zoo. “From creating the challenging animals covered in beautifully rendered fur to working with an epic 40-piece orchestra, we couldn't be prouder of the film everyone has collaborated to make.”