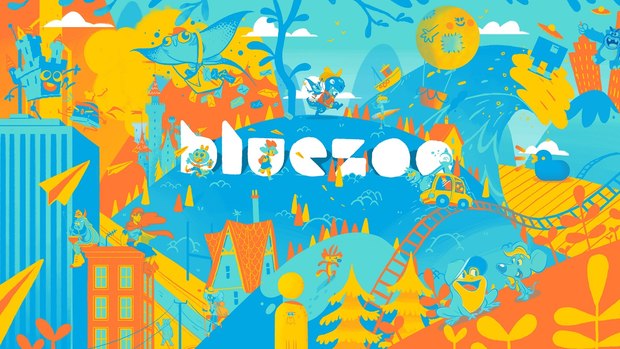 LONDON -- Blue Zoo Animation has announced the opening of a brand-new, dedicated 2D animation studio across the road from its central London head office. More than 60 new roles will be created to help fulfil Blue Zoo’s long-term ambition to diversify into a fully-fledged 2D studio, and support the growing demand for 2D animation.

The studio will use a ToonBoom Harmony pipeline, creating episodic TV series for major broadcasters across the world, as well as building on the studio’s own IP catalogue. With this expansion, Blue Zoo is set to become the biggest independent 2D and 3D animation studio in the U.K.

This is a hugely important milestone for the company, adding another string to its animation bow and maintaining that versatility that keeps them at the forefront of the industry. Thanks to a comeback in traditional animation particularly among older children, Blue Zoo is seeing a growing demand for 2D animation.

“We’re really excited, not only because the BZ family is growing, but also to be developing our offering and expertise in all areas of character animation,” said Blue Zoo co-founder & director Adam Shaw. “2D animation is making a big comeback and we’re seeing a greater demand for it more than ever, particularly for older kids.”

Blue Zoo’s first project for the studio will be a fantastic new 2D animated buddy comedy aimed at 8-10 year-olds, conceived by super-talent Ant Blades. Twenty half-hour episodes will be produced for an international broadcaster. Directed by Ant, the characters and stories are already coming to life in his unmistakable, witty animation style.

The new studio opens in 2019 and Blue Zoo is currently recruiting for a variety of roles at different levels. Details of all opportunities can be found on their website at jobs.blue-zoo.co.uk.

“Our passion is for great storytelling with great characters, and it’s been a long-term ambition to diversify into a fully-fledged 2D studio,” Shaw added. “Blue Zoo is already internationally recognized for 3D animation and having even more freedom to animate in whichever medium is best suited suddenly creates many more exciting opportunities - for projects and for attracting the best and brightest 2D talent. We love the idea of combining our amazing pipelines to make a hybrid show playing to the strengths of 2D and 3D -- so watch this space!”