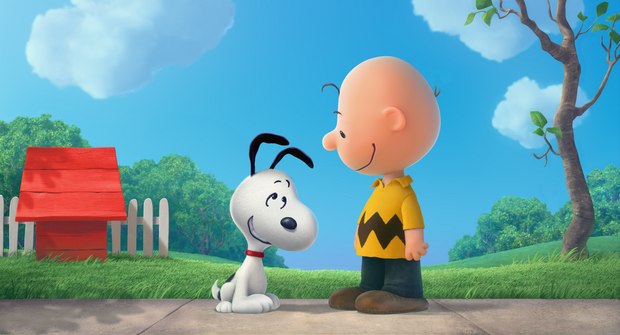 Blue Sky Studios has released a handful of new images from Fox's Peanuts movie due late next year.

The new images, which arrive courtesy of USA Today, show a faithful CG representation of Charles M. Schulz’ original artwork. The newspaper reports that “Charlie Brown won't twerk, wear a baseball cap backwards or try to ‘break the Internet’ a la Kim Kardashian,” while the filmmakers focus instead “on the timeless quality of 50-plus years of beloved comic strips and TV specials.”

If the film were to be given a classic title, producer Paul Feig says he would call it Don't Give Up, Charlie Brown!

While details about the film’s plot are still under wraps, the story follows Charlie Brown on a quest to get something he's sure he needs, although he ultimately discovers he's pretty OK just as he is. Meanwhile, Snoopy hops on his doghouse-turned-Sopwith Camel plane and heads to WWI-era Paris to engage in a dogfight with his sworn enemy the Red Baron.

Because of the number of Peanuts characters, the movie reportedly won't be introducing newcomers, but will instead focus on Charlie Brown, Snoopy, Woodstock, Linus, Lucy, Peppermint Patty and the rest of the Peanuts Gang. Fans can also expect to see Charlie Brown's crush The Little Red Haired Girl and Snoopy's love Fifi, as well as Snoopy's brother Olaf and a whole group of Beagle Scouts.

Creating emotions out of the simple dots for eyes that Schulz gave his characters has been a major challenge for the animators, forcing them to make the most of subtle details. “A little tilt of that eye shape can give you worry,” says director Steve Martino, who also helmed Ice Age: Continental Drift. “A little stretch and raise of that little dot can give you surprise.”

Check out the new images below, and head over to USA Today to read the full story: