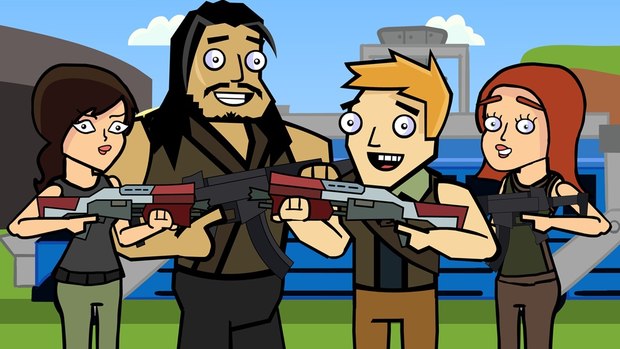 LONDON -- Arcade Cloud, the multi-platform entertainment brand for gamers, continues to expand its linear reach with its launch on U.K. IPTV provider TVPlayer. Available outside the paywall of TVPlayer’s basic tier, gamers can access Arcade Cloud wherever TVPlayer is available, including their branded internet-based platforms and mobile applications. Owned by Blue Ant Media, Arcade Cloud showcases an array of short and long-form animated and live-action content for gamers including their popular Fortnite-inspired series The Squad.

The TVPlayer launch follows Arcade Cloud’s expansion beyond its YouTube roots and recent launches on SnapChat, Facebook Watch, Roku, and iflix. This is Arcade Cloud’s second offline ad-supported channel pick-up in less than six months after XUMO in the United States picked it up in November 2018. TV Player will position Arcade Cloud with the likes of similar genre channels. The deal also includes the right for TVPlayer to create catch up content.

“Our mission is to continue to expand to wherever gamers live,” says Greg Kampanis, SVP & General Manager, Digital, Global Networks, Blue Ant Media. “We are thrilled to be a part of TVPlayer’s lineup and have the opportunity to reach the U.K. gaming community in multiple new ways.”

“TVPlayer is delighted to bring Arcade Cloud to its ever growing service, which we fully expect to resonate with our younger audience. Giving our gaming customers the ability to watch short form gaming content in a linear manner lends itself perfectly to our multiscreen strategy” says Kieran Knight, Head of content and partnerships, TVPlayer.

Arcade Cloud programming highlights include the popular short-form series The Squad that follows a group of players as they fight in the Battle Royale. The Fortnite-inspired series has generated more than 70 million views on YouTube alone since its April 2018 premiere.

Arcade Cloud content also includes the long-running In 3 Minutes which features recaps of pop culture’s biggest games, shows and movies and The Countdown, a resource for gamers offering everything they need to know from the most popular games.