The directorial duo joins the agency’s stop-motion team; a collaboration born out of the COVID shutdown in March 2020, the pair has created several amusing animated shorts featuring loveable characters with handcrafted techniques. 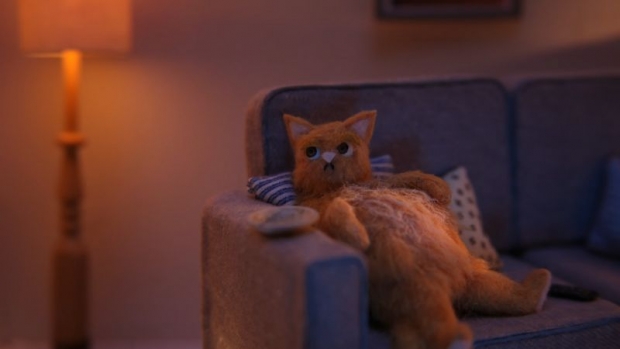 Soho-based commercial production company Blinkink has announced the signing of two new directors, Andy Biddle and Adeena Grubb, who now join the company’s stop motion team having previously collaborated on various projects with the agency over the last few years.

The two cemented their friendship and formed a directorial duo in March 2020 as the UK went into its first lockdown. With all their jobs cancelled, Biddle and Grubb joined forces to create a film for Easter. Grubb began by making the models in her bedroom before sending them to Biddle to animate in his bedroom. The film, Little Hoppy Horror, was released remotely to great reception - check out the amusing little stop-motion short:

According to Blinkink, Biddle is Wes Anderson’s favorite animator. He has also worked with award-winning film studios such as Aardman and LAIKA and has been the lead character animator on most every Blinkink stop-motion film since 2010. Grubb has spent the last couple of years creating hand-crafted works and hilarious films. Her talents make her a sought-after miniature model and puppet maker in London.

“It’s a real honor to officially be part of the family,” noted the directorial duo, on joining Blinkink. “We never would’ve thought that when we decided to make a little Easter animation during the first lockdown (purely for fun), that it would lead to us being signed by Blinkink. It’s a company we have both hugely admired and worked with for many years now.”

Together, the duo uses a range of different textures and materials, creating loveable characters with handcrafted techniques. Alex and Mr Fluffkins is another of their fun stop-motion shorts.

About the piece, Grub wrote, “With quarantine loosening and lifting in places, our puppet Alex has been having a pretty chilled time with his cat Mr Fluffkins and isn’t quite ready to get back to reality yet, and that’s okay!”