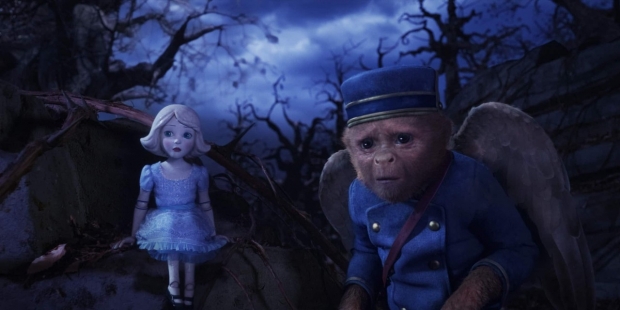 Grab your ruby red slippers, click your heals, and say “there’s no place like Oz!”  Kenya Barris (You People, Shaft) is set to write and direct a new Wizard of Oz for Warner Bros. through his production company Khalabo Ink Society.  What can we expect from the writer who brought us Black-ish? So far, all we know is that it will be a “modern reimagining” of the famed L. Frank Baum property, according to Deadline, which first reported the news.

The yellow brick road has been long and winding for Baum’s beloved children’s story since it was first turned into a classic film starring Judy Garland in 1939; it has spawned a plethora of adaptations since, including Warner Bros. animated series Dorothy and the Wizard of Oz, mobile game Oz: Broken Kingdom, and the animated film Steam Engines of Oz, to name a few.

Disney’s Oz the Great and Powerful, released to much fanfare in 2013 and starring James Franco and Mila Kunis, was directed by heralded filmmaker Sam Raimi, also known for 1917, a trio of Spider-Man films as well as the cult favorite, Army of Darkness.

The future of Oz looks bright as this is not the only modernization of the Wizard of Oz in the works.  New Line, along with director Nicole Kassell (Watchmen) has also announced an upcoming Wizard of Oz film in the making.