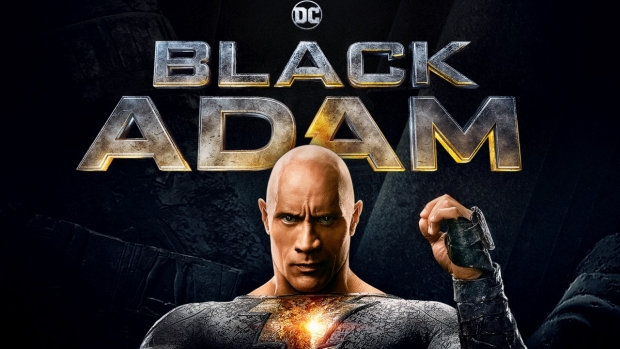 In the film, nearly 5,000 years after he was bestowed with the almighty powers of the ancient gods—and imprisoned just as quickly—Black Adam (Johnson) is freed from his earthly tomb, ready to unleash his unique form of justice on the modern world.

In addition to Johnson as Black Adam, the film also stars Aldis Hodge (City on a Hill, One Night in Miami) as Hawkman; Noah Centineo (To All the Boys I’ve Loved Before) as Atom Smasher; Sarah Shahi (Sex/Life, Rush Hour 3) as Adrianna; Marwan Kenzari (Murder on the Orient Express, The Mummy) as Ishmael; Quintessa Swindell (Voyagers, Trinkets) as Cyclone; Bodhi Sabongui (A Million Little Things) as Amon; and Pierce Brosnan (Mamma Mia!, James Bond franchise) as Dr. Fate.

Black Adam is available on the free Movies Anywhere app and website, where consumers can access all their eligible movies by connecting their Movies Anywhere account with their participating digital retailer accounts.   The film is also available in Filmmaker Mode, which disables all post processing (e.g., motion smoothing), preserves the correct aspect ratios, colors and frame rates, and enables viewer’s TVs to display the film precisely as it was intended by the filmmaker.  Filmmaker Mode is available on televisions from select manufacturers.