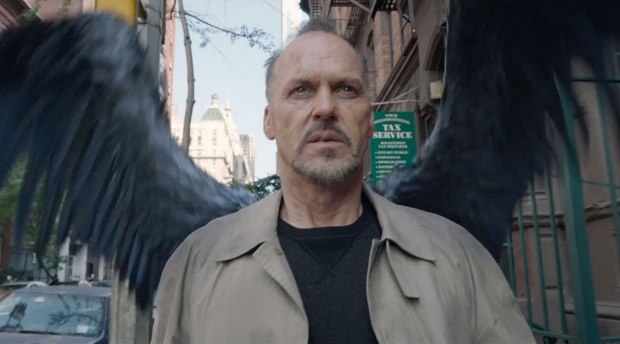 Giovanni Ribisi presented the ASC Award for best feature to Lubezki, who also won the organization’s top prize last year for Gravity. This marks the first time that a cinematographer has won consecutive ASC Awards in the theatrical category. Lubezki previously won in 2012 for The Tree Of Life and in 2007 for Children of Men, and earned a nomination in 2000 for SLEEPY HOLLOW.

The other nominees in the feature film category were Roger Deakins, ASC, BSC for Unbroken; Óscar Faura for The Imitation Game; Dick Pope, BSC for Mr. Turner; and Robert D. Yeoman, ASC for The Grand Budapest Hotel.

For the second straight year, Freeman took the Outstanding Achievement Award for an episode of a regular series, which was presented by actress Sarah Paulson. Freeman was recognized for his work on the “Golden Days for Boys and Girls” episode of the HBO series Boardwalk Empire. Last year Freeman took home the award for Game of Thrones. He previously won for Boardwalk Empire (2012, 2011), and Homeland Security (2005). He has earned additional nominations for Boardwalk Empire (2011), Taken (2003), Strange Justice (2000) and Prince Street (1998).

Actor Tony Revolori presented the Television Movie/Miniseries/Pilot award to Lindley for the Manhattan pilot. Lindley earned a previous nomination from the organization for Pan Am in 2012.

Rodney Taylor, ASC announced that Flinckenberg was this year’s winner of the ASC Spotlight Award for Concrete Night. The award recognizes outstanding cinematography in features and documentaries typically screened at film festivals, internationally or in limited theatrical release. Also nominated for the Spotlight Award were Darius Khondji, AFC, ASC for The Immigrant, and Daniel Landin, BSC for Under the Skin.

Writer-producer-director Lawrence Kasdan presented the ASC Lifetime Achievement Award to John Bailey, ASC. Bailey’s work on Ordinary People (1980) and The Big Chill (1983) earned critical acclaim. He has subsequently compiled more than 70 credits, including American Gigolo, The Pope of Greenwich Village, Silverado, Mishima, The Accidental Tourist, Groundhog Day, In the Line of Fire, As Good As It Gets, Incident at Loch Ness, Big Miracle, The Way Way Back, and the upcoming The Forger and A Walk in The Woods.

The ASC International Award was presented to Phil Méheux, BSC by ARRI’s Dana Ross. Méheux’s work spans four decades, encompassing films such as The Long Good Friday, The Fourth Protocol, Goldeneye, The Mask of Zorro, Entrapment, Bicentennial Man, Around the World in 80 Days, The Legend of Zorro, Edge of Darkness and Casino Royale.

Bill Roe, ASC took home the Career Achievement in Television Award, which was presented by actor Nathan Fillion. Roe has been nominated for three Emmy Awards for his work on The X-Files and Faith of My Fathers. The ASC has nominated him nine times, for which he won consecutive awards for The X-Files (1999, 2000). Since 1997, Roe has shot nearly 200 television episodes contributing to Castle, Brooklyn South, Las Vegas, Day Break, Robbery Homicide Division, Mad Men, and such pilots as Terminator: The Sarah Connor Chronicles, The Mentalist and Eastwick.

Award-winning actress-director-producer-writer-singer Barbra Streisand gracefully accepted the ASC Board of Governors Award from cinematographer Andrzej Bartkowiak, ASC. She is the only artist to achieve Oscar, Tony, Emmy, Grammy, Directors Guild of America, Golden Globe, and Peabody Awards, as well as a National Medal of Honor, France’s Légion d’honneur, the American Film Institute Life Achievement Award, and the Kennedy Center Honors. The three films that Streisand has directed -- Yentl, The Prince of Tides, The Mirror Has Two Faces -- earned 14 Academy Award nominations.

Matthew F. Leonetti, ASC was recognized with the ASC Presidents Award for his impressive cinematographic contributions and dedication to the ASC. Leonetti’s credits include Poltergeist, Fast Times at Ridgemont High, Weird Science, Jagged Edge, Star Trek: First Contact, Dawn of the Dead, The Butterfly Effect, and Rush Hour 2. Forty years after his first role as director of photography on Bat People (1974), Leonetti continues to shoot, including the recent Dumb and Dumber To, whose directors Bobby and Peter Farrelly bestowed the Presidents Award at the ceremony.

The ASC Bud Stone Award of Distinction was given to Otto Nemenz, founder and CEO of the rental facility Otto Nemenz Intl, and Denny Clairmont, president and co-founder of Clairmont Camera. The award is presented to an Associate ASC Member who has demonstrated extraordinary service to the society and/or has made a significant contribution to the motion picture industry.