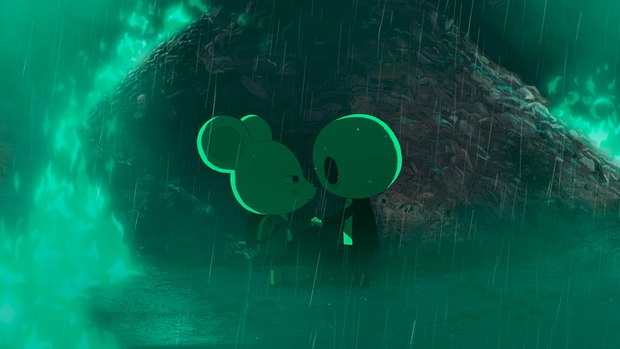 The dark coming-of-age tale directed by Alberto Vázquez and Pedro Rivera, based on the graphic novel Pscionautas by Vázquez, tells the tale of post-apocalyptic teenager Dinky. Along with her friends, Dinky hatches a plan to escape in the hope of finding a better life. Meanwhile, her old friend Birdboy has shut himself off from the world, pursued by the police and haunted by demon tormentors. But unbeknownst to anyone, he contains a secret inside him that could change the world forever.

Winner of the Goya Award for Best Animated Feature, Birdboy: The Forgotten Children is a darkly comic, beautiful and haunting tale of coming of age in a world gone to ruin.