‘Bing’ Headed to the Big Screen 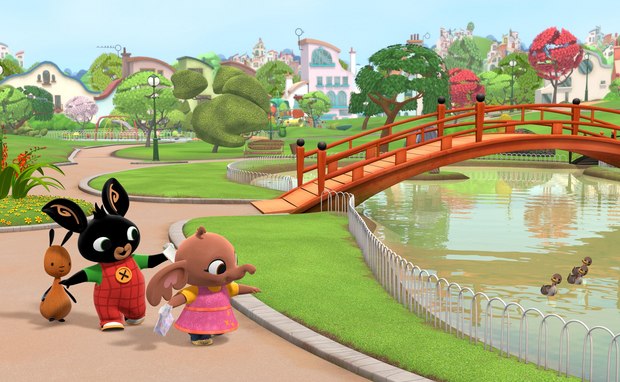 Much-loved Bing will make his theatrical debut this month with Picturehouse showing five Bing episodes, once every six weeks until 23 November, during their Toddler Time morning session in their cinemas across the UK. The screening will be a feature-compilation of favourite episodes including Hide and Seek, Ducks, Smoothie and Voo-Voo.

Leah Byrne, Audience Development Manager at Picturehouse said, “Picturehouse is thrilled to be welcoming Bing, Flop and their friends to the big screen as part of Toddler Time. We love the show (and the books!) and are sure that our audiences will too.”

Mikael Shields, CEO of Acamar Films, and Bing’s Producer and Series Voice Director added, “For many young children this might be their first visit to the movies so we are all thrilled that Picturehouse Cinemas are going to be screening Bing. We actually put extra work into producing Bing both visually and in terms of its cinematic sound picture, so that it works particularly well on the big screen. Our audience already loves watching Bing on television and so it’s really exciting that this initiative might also become one of their earliest cinema memories.”

Produced by independent studio Acamar Films and Dublin-based partners Brown Bag Films, Bing has seen extraordinary success since it was launched last year. The series has won a coveted Writers’ Guild Award, and a BAFTA nomination for best Preschool Series, and has been a ratings hit on CBeebies in the UK and on ABC in Australia. Bing has topped the animation charts with its first selection of episodes on the UK’s iTunes store and has had a remarkable 27.5 million views since launch on the BBC’s iPlayer in June last year, highlighting the series’ unique appeal and resonance with an ever-growing audience of both preschool children and the grown-ups in their lives.

2015 looks set to be another bumper year as a carefully curated range of Bing products arrive in retail stores for the first time this summer and the show is set to launch to new audiences across the globe with 30 new broadcast territories now under negotiation through Acamar’s global distribution partnership with Aardman.