Bill Plympton Teams with The Napoleon Group for Con Edison 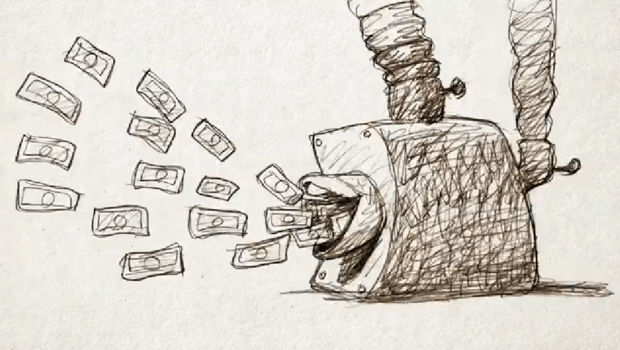 New York -- He’s a legendary animator who’s received two Oscar nominations, won a Prix du Jury at Cannes, created music videos for Kanye West and Weird Al Yankovic, produced surreal shorts for MTV and Spike and Mike’s Festival of Animation, turned down a million-dollar offer from Disney and, according to his bio, “is the only person to hand-draw an entire animated feature film”—all 30,000 frames, for 1992’s The Tune.

For his latest project, however, Bill Plympton, the King of Indie Animation, teamed with The Napoleon Group, the leading previsualization and commercial test company, to create a distinctive digital short for New York utility Con Edison.

Titled “The Benefits of Converting from Oil to Gas,” the 1:16 short details the economic and environmental advantages of switching from heating oil to natural gas for Con Edison customers. The candid message is lightened by Plympton’s signature quirky style, an instantly recognizable combination of constantly morphing characters and objects all vibrating with what the artist refers to as “the Plympton boil”—“the inevitable wobble seen in animation drawn by hand,” according to online animation showcase Lineboil.com.

So, how did The Napoleon Group come to collaborate with Plympton? “Serendipity and six-degrees of synchronicity,” says Napoleon Art Studio Manager Scott Stein.

As it turned out, Plympton was exactly who Con Edison Public Affairs Producer/Editor Chris Stetson had in mind all along.

“I actually used Bill’s older stuff as references for what I was hoping to achieve,” he says. “I never imagined that he would be an option, so, when Ken called and said that Napoleon had gotten Bill for the project, I was obviously thrilled. There’s something very satisfying and probably a little nostalgic about watching hand-drawn animation.” Plympton was available because he had recently wrapped his seventh animated feature film, Cheatin’, described on Kickstarter, where he successfully raised over $100,000 to help fund the film, as “an animated adult tale of love, jealousy, revenge and murder—full of nudity and violence.” Or, as he quipped to Animation World Network in advance of the U.S. premiere of Cheatin’ at the 2014 Slamdance Film Festival, “A typical comedy from Bill Plympton.”

It’s that offbeat sensibility that inspired Con Edison to go with Plympton, who is no stranger to commercials, having produced spots for Geico, AT&T, United Airlines, Taco Bell, Trivial Pursuit and NBC. Ever the iconoclast, Plympton actually embraces commercial work because it allows him to pursue his personal endeavors.

“I sell out all the time,” he says. “I’m happy to sell out. I need the money to keep my studio going and pay my employees. I’ve done a lot of advertising and the cool thing is that I love it. When my folks saw my Geico spots on television by surprise, that’s the most proud they’ve ever been.”

“We’re very happy with the final video,” says Stetson. “There is an important message here informing people of the benefits of switching from oil to gas heat, and I think Bill and Napoleon knocked it out of the park. They took the ideas in the script and elaborated on them, infusing what could be very dry source material with life and humor.”

Adds Kresge, "The ‘Oil to Gas’ short is a perfect example of Napoleon’s commitment to creating custom solutions for every client and our ability to form true partnerships to enhance our team when a project calls for it. Con Edison got the piece they wanted and Napoleon got to work with an animation legend. It was a win-win.”