Daisy Jacobs’ Oscar-nominated animated short ‘The Bigger Picture’ is named the winner of the 2015 Cartoon d’Or at the 26th edition of the European pitching and co-production event in Toulouse, France. 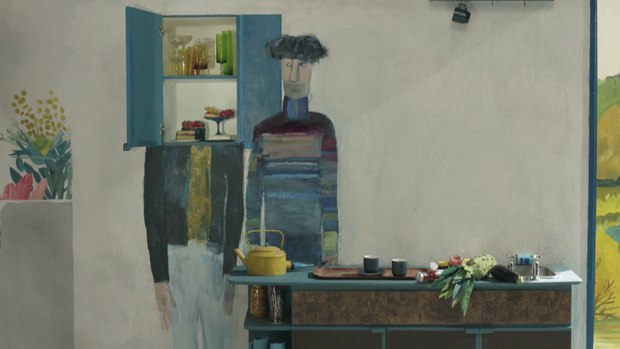 Winner of the Cartoon d’Or is U.K. filmmaker Daisy Jacobs' Oscar-nominated short, The Bigger Picture, which uses two-meter-high painted characters in full-size sets to tell the darkly humorous tale of two brothers who struggle to care for their aging mother. Nominated for the 2015 Academy Award for Best Animated Short Film, The Bigger Picture has won more than 30 prizes at international festivals including the BAFTA Award for Best Short Animation and the Cinéfondation Prize at the 2014 Cannes Film Festival.

At the three-day event, which just completed its 26th edition, producers have had the opportunity to pitch their projects in front of 900 broadcasters, investors and other potential partners from 30 countries. Since its creation in 1990, 645 series have found a total of $2.5 billion in financing at Cartoon Forum. Organizers report that a total of 91 projects were pitched at this year’s edition of the event, including three new projects from Korea: Hobgoblin Magician by FelixStudio, The Mole Farmer, Rabby from PniSystem, and Galaxy Kids by Tak Toon Enterprise.

Also unveiled were the Cartoon Tribute awardees, which included the U.K.’s CBBC as Broadcaster of the Year, France’s Superights as Investor/Distributor of the Year, and France’s Vivement Lundi! as Producer of the Year.

The aim of the Cartoon Tributes is to reward outstanding achievements, companies or personalities that have had a positive and dynamic influence on TV animation industry over the last year. All professionals attending the Cartoon Forum voted on site for their favorite nominee in three categories: Broadcaster, Investor/distributor and Producer of the Year. The award ceremony took place on Thursday, September 17 during the Cartoon Forum, with each of the winners receiving a Cartoon Tributes trophy, symbol of the professional recognition from their peers.

The full list of 2015 Cartoon Tribute winners and nominees is shown below:

Broadcaster of the year:

Investor / Distributor of the year:

Producer of the year: