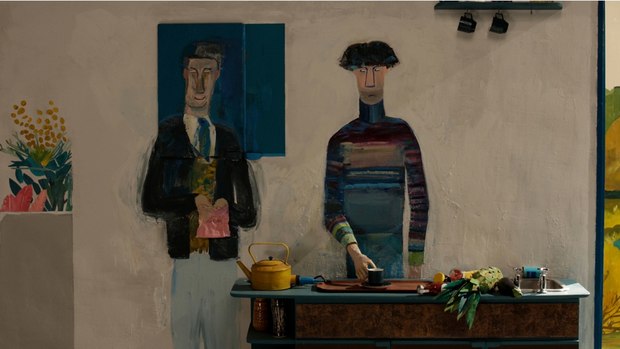 Baden, Switzerland -- The 12th edition of the International Festival for Animation Film has wrapped, notching up sales of roughly 14,800 cinema tickets and more than 6,300 admissions to related events over the six days of the festival. The varied program, which included themes such as What’s Going On, Japan, War and Peace and Multimedia Animation -- aimed both at the general festival goers as well as at the industry public -- attracted a great deal of interest with many of the screenings selling out.

At this past weekend’s awards ceremony, the high caliber international jury chose to award the prizes to the following films: The Bigger Picture (GB, 2014) by Daisy Jacobs has been picked as the Best Film in the International Competition. Oh Wal (CH 2014) by Joana Locher led the way in the Swiss Competition and won the award for Best Swiss entry. In the For a Young Audience category, Dmitry Vysotskiy won the award for Best Kids with Pik Pik Pik (RU 2014).

The festival returns to Baden next year September 1-6, 2015.

Festival Director Annette Schindler and her team put on a wide-ranging and high quality program comprised of films from 43 countries, creative workshops, and talks and panels with highly skilled and renowned. Six cinemas, with seating for 1,307 altogether, screened a total of 17 feature-length and almost 400 short films from 43 countries. 14 presentations, panels and talks, five workshops, five exhibitions and four party nights with club partner the Royal once again turned Baden into a pulsating festival hub.

High-profile programs such as the International Competition, the Swiss Competition, Focus on Japan, For A Young Audience, Multimedia Animation or feature films like The Tale of The Princess Kaguya, Beyond Beyond, The Boy and the World and Giovanni’s Island, as well as screenings of Hayao Miyazaki's The Wind Rises (which will sadly be his last film) and the LAIKA production of The Boxtrolls (the second screening of the film worldwide!) were very well attended or even sold out.

The Coming Soon and Making of events also offered interesting glimpses behind the scenes of the art of animation film. The industry events have become firmly established, and the festival has become a key date in the industry's calendar, both internationally and nationally.

For the sixth time in a row, Fantoche has also been able to devote a number of segments of the program to related forms of animation. It did so this year under the title Multimedia Animation. The integration of game design in the context of the animation film festival has borne fruit and has gone down well with festival-goers. A number of specialist events have illuminated the diverse interfaces between the two areas and have brought together experts from both creative spheres.