In another Annecy 2021 reveal, the streamer announces an even edgier and ‘adult-ier’ series about the Hormone Monster, Depression Kitties, and other creatures from the highly-acclaimed series that help humans as they journey through life. 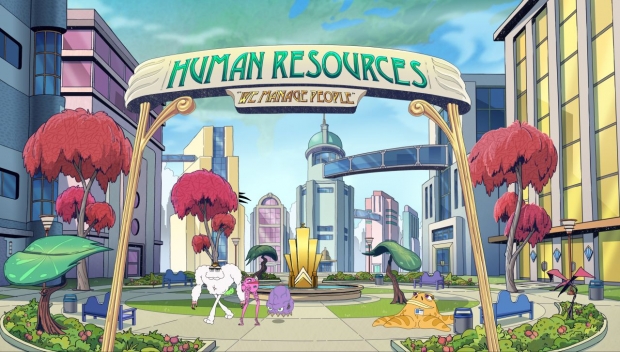 As part of Netflix head of adult animation Mike Moon’s Annecy 2021 animated goodies reveal, officially called their “Studio Focus Panel,” the streamer has announced production on a new Big Mouth spin-off series, Human Resources. Billed as “even edgier and adult-ier,” as if that’s remotely possible, the series, according to Moon, “pulls back the curtain on the daily lives of the creatures - Hormone Monsters, Depression Kitties, Shame Wizards and many more - that help humans journey through every aspect of life from puberty to childbirth to the twilight years. It quickly becomes clear that though the creatures are the protagonists, they have a lot of humanity themselves.” Moon was joined on the panel by series creators and executive producers Nick Kroll, Andrew Goldberg, Mark Levin, Jennifer Flackett, and Kelly Galuska.

Back in 2019, Kroll, Goldberg, Levin, and Flackett signed a deal with Netflix under their newly formed animation production company, Brutus Pink, as part of the streamer’s three-season Big Mouth pickup. In addition to Big Mouth and Human Resources, Brutus Pink will create a variety of animated projects in both film and television that are adult, funny and emotional. The show’s animation is being produced at Titmouse.