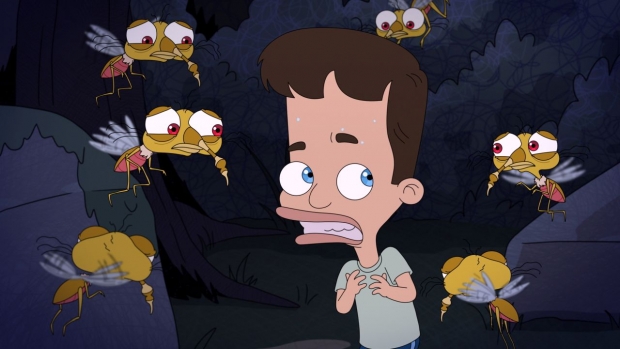 What better way to break out of your post-Thanksgiving spent alone in the dark with take-out funk than a new season of Netflix’s hit animated comedy, Big Mouth! Season 4 is almost here, dropping December 4. And who better than the Big Mouth kids to share with us just bad summer camp can “suck!”

Season 4 focuses on anxiety; the anxiety of growing up, of figuring out who you are, discovering yourself, accepting yourself. Cue the Lumbergh “Riiiiiight!” The season starts at summer camp before our gang heads to 8th grade. Maria Bamford descends as Tito the Mosquito, the anxiety ridden insect who targets all our favorite kids. As the season progresses, we meet Zach Galifianakis' Gratitoad, who is there to help our crew cope with their anxiety and not let it completely own them. In the great Big Mouth tradition, the show continues to explore human sexuality and everything around it, including racial and sexual identity, love in all its forms, and having “The Hugest Period Ever.”

As previously announced, Ayo Edebiri has been cast as Missy, replacing Jenny Slate, and will first be introduced during the second to last episode as her character continues to evolve. She will continue to voice Missy in the final episode and for future seasons. Edebiri also joined the show’s writers’ room. This past June 24, Slate, the voice of Missy since the show’s inaugural season, requested the casting change, issuing a statement on Instagram that she could no longer voice a character of color.