Award-winning animated series about the nightmare of puberty and its ‘edgier and adultier’ spin-off series both picked up for another season. 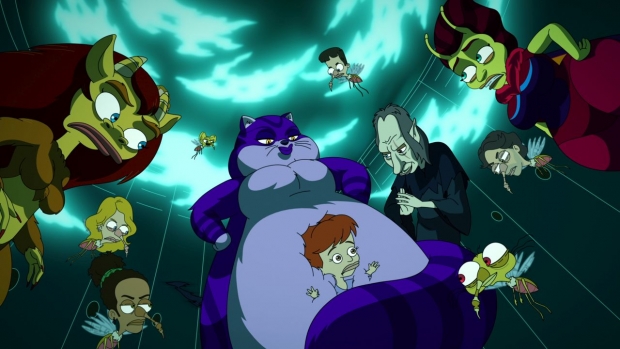 Netflix has just announced that its award-winning animated series, Big Mouth, has been picked up for a seventh season, and its ‘edgier and adultier’ spin-off series, Human Resources, which just premiered March 18, has been renewed for a second season.

The show is co-created and executive produced by Kroll, Goldberg, Kelly Galuska, Jennifer Flackett and Mark Levin. Kroll, Goldberg, Flackett and Levin are also co-creators and executive producers of Big Mouth. They’re all very, very busy. They produce both shows under their animation company banner Brutus Pink, which has an exclusive relationship with Netflix. Both shows are animated at Titmouse. Those folks are very, very, very busy.