Creators of both animated comedies apologize for casting white actors in roles for people of color, promising to make changes and be more responsible on such issues moving forward. 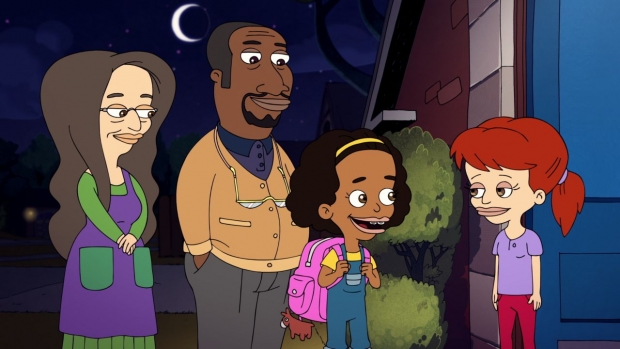 Both Netflix and Apple will be recasting biracial characters Missy and Molly, respectively, with Black actors on future seasons of their animated comedies, Big Mouth and Central Park, according to The Hollywood Reporter.

“I have come to the decision today that I can no longer play the character of ‘Missy” on the animated TV show Big Mouth. At the start of the show, I reasoned with myself that it was permissible for me to play ‘Missy’ because her mom is Jewish and White – as am I. But ‘Missy’ is also Black, and Black characters on an animated show should be played by Black people. I acknowledge how my original reasoning was flawed, that it existed as an example of white privilege and unjust allowances made within a system of societal white supremacy, and that in me playing ‘Missing,’ I was engaging in an act of erasure of Black people. Ending my portrayal of ‘Missy’ is one step in a life-long process of uncovering racism in my actions.”

Slate goes on to say, “I can’t change the past, but I can take accountability for my choices. I will continue to engage in meaningful anti-racist action, to be thoughtful about the messages in my work, to be curious and open to feedback, and to do my best to take responsibility for the ways that I am part of the problem. Most importantly, though, to anyone that I’ve hurt: I am so very sorry. Black voices must be heard. Black Lives Matter.”

Three seasons of the hugely popular show have already aired; the series was recently picked up for three more seasons as part of a deal with the show’s creative team of Kroll, Goldberg, Levin and Flackett to develop new adult animated films and TV series through their Brutus Pink production company. With Season 4 reportedly already wrapped, Missy’s role will be recast beginning with Season 5.

The decision to recast Kirsten Bell’s Molly on Central Park supposedly had been in the works for some time.  In a statement released a short time ago on Twitter, series creator Loren Bouchard, who also created the Emmy Award-winning animated comedy, Bob’s Burgers, apologized for “getting this decision wrong, and for fumbling through a non-explanation in the press earlier this year.” A statement he posted on behalf of the Central Park creative team of Bouchard, Josh Gad, Nora Smith, Halstead Sullivan and Sanjay Shah was as follows:

“Kristen Bell is an extraordinarily talented actress who joined the cast of Central Park from nearly the first day of the show’s development — before there was even a character for her to play — and she has since delivered a funny, heartfelt, and beautiful performance.

But after reflection, Kristen, along with the entire creative team, recognizes that the casting of the character of Molly is an opportunity to get representation right — to cast a Black or mixed race actress and give Molly a voice that resonates with all of the nuance and experiences of the character as we’ve drawn her.  Kristen will continue to be a part of the heart of the show in a new role but we will find a new actress to lend her voice to Molly.

We profoundly regret that we might have contributed to anyone’s feeling of exclusion or erasure.

Black people and people of color have worked and will continue to work on Central Park but we can do better. We’re committed to creating opportunities for people of color and Black people in all roles, on all our projects — behind the mic, in the writers room, in production, and in post-production. Animation will be stronger for having as many voices, experiences, and perspectives as we can possibly bring into the industry. Our shop and our show will be better for respecting the nuances and complexity around the issue of representation and trying to get it right.”