Veteran writer on some of animation’s biggest films loses his battle with brain cancer. 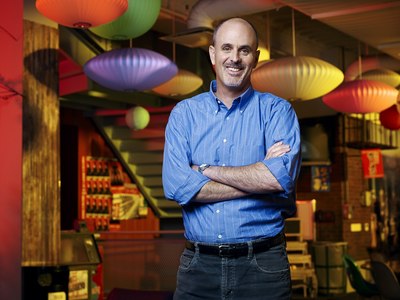 Our animation community has lost another talented artist, colleague and friend as we announce the sad passing of Daniel Gerson from brain cancer at age 49. The veteran writer’s screenwriting credits include three of the industry’s biggest films of recent years – Pixar’s Monsters, Inc. and Monsters University as well as Disney’s Oscar-winning Big Hero 6. Additionally, he was credited on Chicken Little, Cars, Meet the Robinsons and Tangled Ever After. He was working on the script for Pixar’s upcoming Cars 3 at the time of his death.

"Today we celebrate an amazingly talented, vibrant, funny man,” said Big Hero 6 producer Roy Conli.  “We cherish the time we spent with Dan and his contribution to our lives.  The depth of his spirit and humor is so much a part of Big Hero 6.  We will miss him -- but always remember the joy he brought to our world.”

According to his New York Times obituary, the third generation New Yorker graduated from Cornell University before receiving an MFA from NYU Film School. He began his entertainment career as a staff writer on the NBC sitcom Something So Right before moving into animation.

Gerson leaves behind his wife of 20 years, Beau Stacom, and two children, Claire and Asher. Donations to honor his memory can be made to the brain tumor program at UCLA.