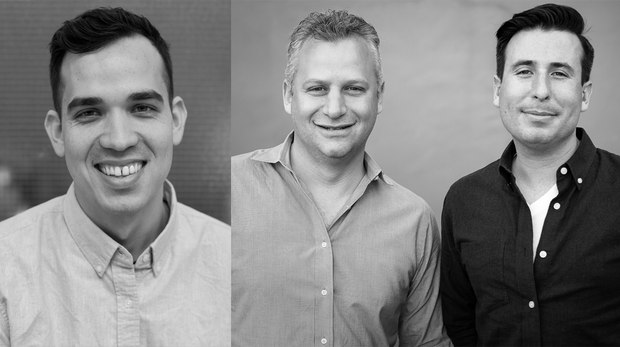 The new infrastructure reflects Big Block’s vision as a bicoastal content creation entity. Carroll, Prisand and Pellegrini will work logistically and creatively with Big Block’s producers, design team and artists at its Santa Monica studio. Scott Benson, president of Big Block, said “This is the beginning of a broader initiative to bring the exponential force of our producers, directors, artists and proprietary technology to branded content for agencies, networks and brands. In the coming months we will be rolling out a unified brand identity for Big Block, as well as a slate of feature films under our own digital distribution banner.”

Carroll is a multi-faceted producer experienced in all aspects of production, from live action, visual effects and post production to coding, making him ideally suited for all stages of technically challenging projects. Carroll, who has been a freelance and agency producer, got his start when he was recruited by Ogilvy’s Chief Interactive Officer. Over the course of the next five years, he went on to hold multiple roles at Ogilvy’s in-house production company Eyepatch.

Big Block Live signs and represents its own roster of directorial talent. Directors Paul Trillo, Josh + Vince, John Poliquin, B&W and GHOST+COW are all new media storytellers who thrive in in a collaborative culture and whose impact on advertising and social media provides unlimited opportunity for innovative brand integration.

At Big Block Entertainment Group, Prisand and Pellegrini have teamed with YouTube sensations and directing duo The Fine Brothers (Kids React) on an unnamed teen comedy film and are also working on the feature film Ride, starring Luke Wilson and Helen Hunt. Big Block Entertainment Group produced the well-received Off Broadway run of the musical adaptation of Heathers and has Broadway plans for A Family Thing, a new play by Orange is the New Black writer-producer Gary Lennon.

“Our collective knowledge base is a force multiplier,” Benson stated, “which greatly amplifies the value of the creative content Big Block is able to offer to all of our clients.”