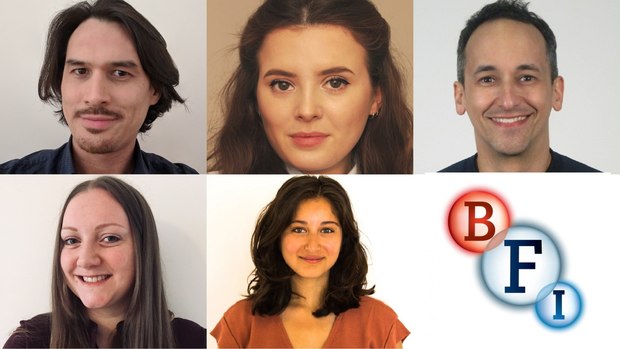 The BFI is launching the U.K. Government’s Young Audiences Content Fund, revealing the team, led by Head of Fund Jackie Edwards, which will deliver the three-year pilot fund of up to £57 million (US$74.8 million). Devised to support the creation of high quality new programming for children and young audiences (up to the age of 18), to free-to-access Ofcom regulated television and online platforms, the Fund aims to directly address a historic lack of investment in content creation for this age group.

Financed by the UK Government, as part of the Department for Digital, Culture, Media and Sport’s Contestable Fund, the YACF is now open for applications, seeking projects which will entertain, inform and reflect young audiences’ experiences of growing up across the U.K. today.

Completing the team, who will work with Edwards, John Knowles joins as YACF Executive – Production, Harriet Williams as YACF Executive – Development, Hesham Sabry as the Fund’s Business Affairs Executive, Gill Biddle as YACF Project Manager, Chandan Shergill as the Fund Coordinator, and Aisha Jan as Administrator. In view of where the recruited team are currently located, the YACF will have bases in Leeds and Manchester, whilst also utilizing the BFI’s existing UK-wide infrastructure and network of partners to ensure that the YACF team are accessible to talent and commissioners all over the UK.

“This Fund has the potential to foster a step change in the creation of original content for young people in the U.K., particularly under the guidance of Jackie and her new team,” said BFI deputy CEO Ben Roberts. “The content we consume in our youth can have an enduring impact and contribute to shaping who we become. Technology and audience appetites are changing the way content is financed and consumed, and young people will continue to propel the industry forward in unexpected ways. That is why it is vital this Fund creates quality content for them, accessible on a range of platforms.”

“Young people in the U.K. deserve high quality content that entertains, informs and reflects their experiences growing up across the country today,” Margot James, Minister for Digital and Creative Industries said. “The U.K.’s broadcast sectors reach hundreds of millions of people of all ages around the globe and are a tremendous success story that we are justifiably proud of. This innovative project is an integral part of our ongoing support for the U.K.’s vibrant media sector which we want to see go from strength to strength, and the BFI have put a great team in place to deliver this.”

“I am thrilled to have recruited such a strong team -- their experience and expertise will enable us to reach and support talent right across the U.K.,” Edwards commented. “This Fund provides a fantastic opportunity for independent producers working in young people’s programming. I’ve had really positive conversations with the broadcasters, who are engaged and keen to commission new content, so I’m hugely excited about the potential of creating brilliant shows that will connect with their intended audience, who have for so long been underserved.”

“I’m very excited and proud to be involved in this immensely important project, which will forge a new direction for representative and informative content, reflecting the UK's culture for our young audience now and in the future,” Knowles commented.

Williams joins the team from the Original Programming team at Disney Channel EMEA, where she worked on the development and production of scripted live action series, including The Evermoor Chronicles & Disney’s The Lodge.

“I’m super thrilled to be part of the effort to rejuvenate content for young people in the U.K. and cannot wait to get started,” Williams commented. “I’m particularly excited to support new talent in providing fresh ideas to really represent and connect with today’s audiences.”

Coming from the BBC where he was he worked in the commercial, rights and business affairs team as a manager across the full range of output for six years, Sabry headed the acquisition and independent commissioning legal work and also provided legal and business affairs support to high profile in house titles like Blue Peter.

Biddle has previously worked in Project and Production Management on titles for the BBC, ITV, the Smithsonian Channel and National Geographic. “The YACF is a valuable and much needed pilot, and I am delighted in anticipation of its launch,” she said. “I feel very privileged that I'm able to be involved.”

With a rolling deadline for Production and Development Funding, the BFI is seeking applications for original programming with public service broadcasting values, in both live-action and animation, and across all genres including entertainment, education, comedy, drama, arts and culture, factual and religion.

Production Funding requires a formal broadcast commitment from an Ofcom regulated free-to-access channel or platform. Development Funding will prioritize supporting exciting new voices and emerging producers with projects that are intended for broadcast but are not in a position to secure a commission.