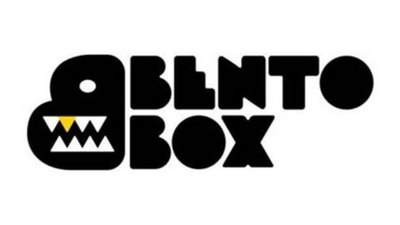 At DEW, Scott Greenberg (co-founder and CEO) and Joel Kuwahara (co-founder, executive producer and head of technology) disclosed that Bento Box Digital Studios (bentobox.tv) is producing an ambitious slate of original content developed specifically to be consumed by its target audience on mobile and digital platforms. Additionally, they announced an exclusive partnership with Littlstar, a leading virtual reality (VR) company and consumer destination for 360-degree video, to produce, curate and distribute immersive animated VR content.

Bento Box Digital Studios will distribute its curated slate of content across multiple digital and mobile platforms, including but not limited to YouTube, Facebook, Apple, Google, Amazon, Snapchat, Instagram and other third-party social, EST and VOD channels, as well as via live-streaming.

“Entertainment consumption continues to shift towards mobile and other digital platforms, particularly among Bento’s core 18- to 34-year-old demo,” said Greenberg. “Our company has developed a unique and intimate understanding of digital-native, mobile-driven millennials, allowing us to build not only a successful primetime animation production business, but also live events, licensing and merchandising divisions that specialize in this fan base. The digital studio is a natural next step for us.”

A first for 2D animation, Bento Box Digital Studios’ VR partnership with Littlstar will allow the companies to create immersive, premium animated stories that fans can discover, watch and share. The companies will launch a branded animation channel, powered by Littlstar’s technology and programmed with content created and curated by Bento Box. This VR channel will be available as a stand-alone app, and on Littlstar’s network and Bento Box platforms. Bento Box will also utilize Littlstar’s VR technology on its owned-and-operated sites, and the two companies will collaborate to license and acquire appropriate content from third-party creators.

“This entry into VR will help our company to be an even stronger partner for the most creative people in animation, opening the door to immersive, 360-degree storytelling that is not only a potential game-changer but is incredibly fun to experience and experiment with,” said Kuwahara. “We chose Littlstar due to the expertise and relationships it has established in the relatively young VR world, and the availability of its network on all major mobile platforms, since we believe that mobile is an ideal entry point to VR for creators and consumers.”

“Bento Box is the clear leader in pushing the boundaries of primetime animation,” added Tony Mugavero, founder and CEO of Littlstar. “We are not only setting the standards for immersive animation in this collaboration with Bento Box, but will be breaking out of traditional broadcast bounds and creating the premiere destination for animated, 360-degree VR content.”

The Littlstar network, which recently received investment from Disney, has secured partnerships with Fusion TV, Legend 3D, and social star Michelle Phan under the direction of Littlstar Co-Founder and Chief Content Officer, Matthew Collado. Littlstar currently hosts exclusive immersive experiences from some of the world’s best content creators including Showtime, EPIX, Disney, National Geographic, Esquire Network, Mountain Dew, Discovery Channel, the Fusion Network and many more. Littlstar’s Apple TV app, which was released over the 2015 holiday, was featured by Apple as one of the ‘Best New Apps’ on the platform.