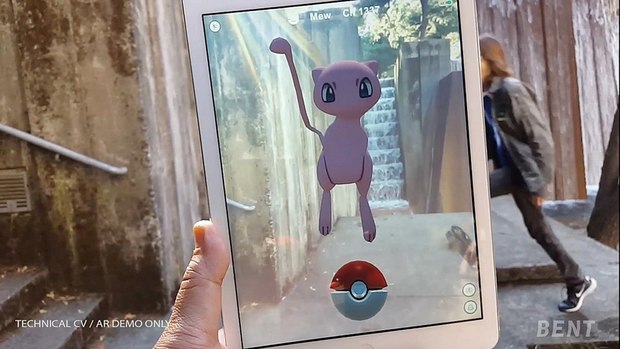 For the last three years, Bent has been developing youAR along with computer vision technology and systems allows multi-user, real-time, markerless AR content to be viewed with a single-lens smartphone.

Along with the announcement, Bent has released a demo video showcasing the use of its proprietary AR and computer vision technology. The video is a fun play on how the current AR technology found in Pokemon Go could be enhanced, showing how Bent’s advanced tech could add to users’ experiences in the future. Notably, characters can have an understanding of their environment and multiple users can interact:

“This is the first of many tech demos that Bent will be releasing in the upcoming months,” says Bent CEO Ray Di Carlo. “It only scratches the surface of the experiences to come. The ability to bring people together with this new media, and all of its potential social applications, makes this an exciting time.” Just as smart phones have become ubiquitous in a decade, Bent foresees AR growing into a useful everyday experience for billions in the near future. Bent’s youAR project will vastly improve how Augmented Reality will be experienced, shared, and re-posted to become truly social. “We are not just defining the parameters of a better AR game system in real space, which the video demonstrates,” says Bent partner David Daniels. “We are engineering an ecosystem that simplifies the complexity that will come with the emerging age of ‘Social AR.’”